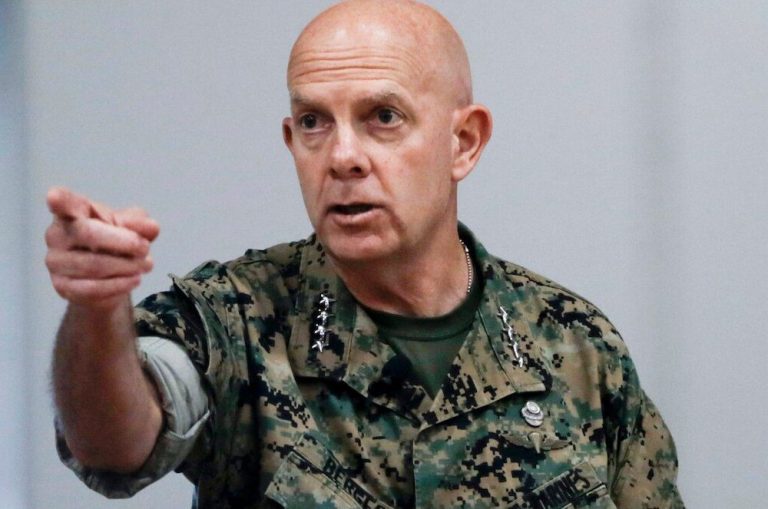 President Donald J. Trump’s oft-bumpy relationship with White Hats he appointed to uphold the Constitution hit another snag last week after he on Truth Social suggested nullifying certain articles of the U.S. Constitution. His screed followed Elon Musk’s Twitter data dump, which expounded on how the Biden campaign colluded with the social media giant’s ex-leadership to censor the New York Post’s scoop on Hunter Biden’s laptop.

General Berger, who has helmed the White Hat partition of the U.S. military since January 2021, had cautionary words for President Trump when the two men spoke Saturday evening. The general told Trump he was treading a very slippery slope by even intimating sections of the Constitution—authored by the Founding Fathers to protect the citizenry from government overreach—should be carved out and whimsically trashed.

“Mr. President, with the utmost respect, the Constitution is set in stone. It’s the Deep State that runs afoul of it, not us. We here are upholding our oath, and doing our duty to the best of our ability. There’s a consensus here, President Trump, that your commentary risks dividing the MAGA base, which you rely on. I believe DeSantis is controlled opposition, but some under my command feel otherwise. You’ve chosen, sir, to opt for reelection as opposed to reinstallation. I respect your decision, but, please, be wary of the actions your words might cause,” Gen. Berger reportedly told Trump.

The source who overheard Gen. Berger’s words said the call was not on speakerphone, so he could not hear Trump’s responses to Gen. Berger’s concerns. He said, though, that Gen. Berger grimaced now and then, as if Trump were chewing him out.

“General Berger doesn’t dictate to Trump, but he can advise him,” our source said. “Whether Trump heeds advice or not is up to him. General Berger is thoroughly concerned about our country’s future. When people say the pen is mightier than the sword, it’s often true. Anything posted to social media is forever.”

According to our source, the Trump-Berger phone call lasted about ten minutes and ended with Gen. Berger emitting a sigh of disappointment.