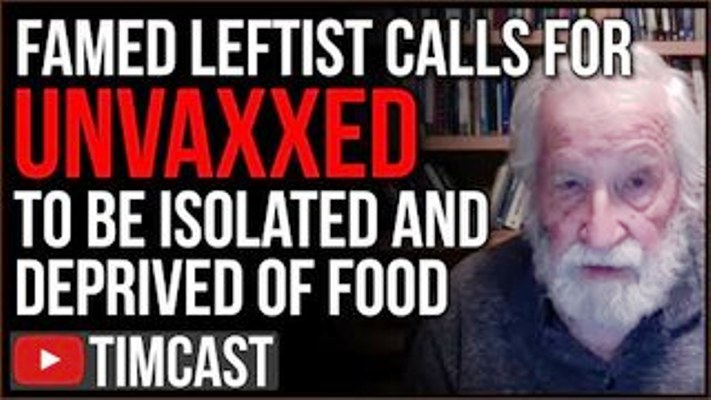 Noam Chomsky Calls For Unvaccinated To Be Isolated And Deprived Of Food, Civil War Talk Escalates. Democrats and leftists chime in to agree with the forced isolation of the unvaccinated from society.

But these Establishment actors, shockingly including such a famous leftist like Noam Chomsky, don’t realize that farmers and Truckers overwhelmingly support Trump and the result would likely backfire and the democrat run cities would be the ones without food.

If this persists a second civil war or national divorce seems increasingly likely.