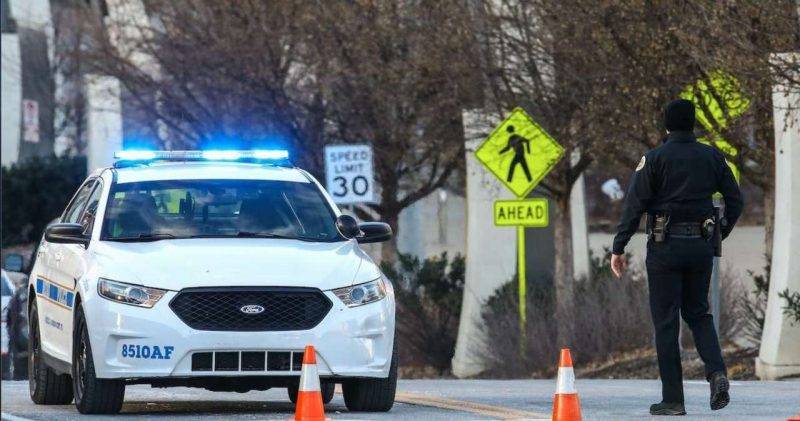 A 20-year-old man was shot and killed in Nashville, Tennessee on Friday night in what police say was a YouTube video shoot gone wrong. According to a report by local NBC News affiliate WSMV, Timothy Wilks was shot by 23-year-old David Starnes Jr., who is claiming self-defense. Wilks and some friends were apparently trying to pull a prank on strangers in the hopes of making a viral YouTube video.

The shooting reportedly took place in the parking lot of Urban Air, a trampoline and adventure park in a strip mall in Nashville’s Hermitage neighborhood. There, police say that Wilks and a friend approached a group of people, both of them wielding butcher knives. Starnes was among those people and, not realizing that Wilks was filming a prank, shot him. Starnes told detectives he was protecting himself and others from a perceived threat.

So far, Metro Police say no charges have been filed against Starnes, but an investigation is still underway. Wilks’ video was apparently supposed to be a fake robbery, so it is not clear if he and his friend could have faced criminal charges as well.

As the news spread on social media, locals were horrified by the bloodshed and its senselessness. Many wished that young people like Wilkes had not been sold on the dream of virality by any means necessary. On the Facebook page Scoop: Nashville, one commenter wrote: “This is sad but why do people pull these reckless pranks? It was inevitable that at some point someone would defend their self. Tragic.”

“That’s so sad the man died but that is about the dumbest prank you can pull on someone. These are scary times as it is. You shouldn’t go around pretending to rob people,” another person added. A third wrote: “Bro, I don’t know what to say. I mean, pranks are just supposed to draw somebody’s authentic reaction to a presumed real situation. And that’s what they got. It’s really unfortunate and maybe we can lay off of filming pranks because I’m not sure what they were trying to get but we gotta do better.”

Nashville is known for having relatively relaxed laws on carrying both guns and knives compared to other parts of the U.S. An adult is legally allowed to carry a knife of any type or length, either concealed or open, so long as they don’t bring it on school property. Meanwhile, handguns can be carried by anyone aged 21 or older. Even without a permit, a resident may carry a handgun openly as long as they’re not also carrying ammunition.