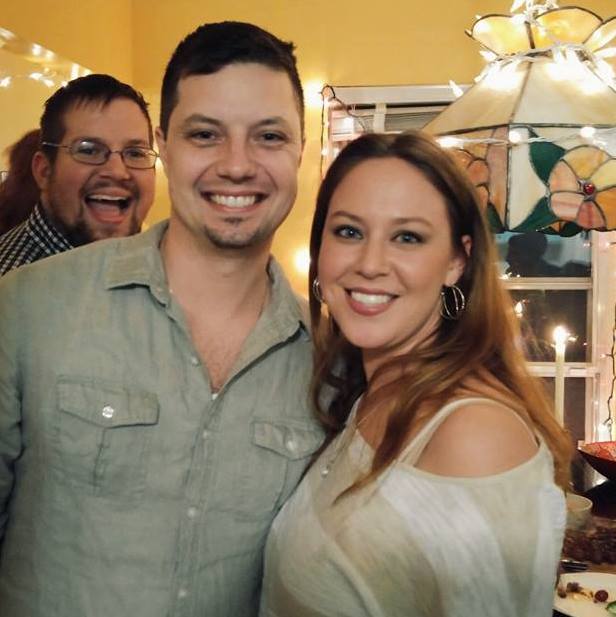 Heather and David felt love at first sight when they met in 2015. The couple met on a dance course and knew instantly they were meant for each other.

On December 23, 2016, Dave got down on one knee and asked Heather if she would be his wife. He did so under the cool ambience of the street lights while the pair were riding in a horse-drawn carriage.

Heather happily said yes, though the couples’ great news would soon be overshadowed.

On the same day the pair became engaged, Heather informed David that doctors had found a lump in her breast that had the potential to be cancerous.

Five days later, she was handed a heartbreaking diagnosis: she had an unusual form of aggressive breast cancer and the prognosis was far from good.

The couple had initially planned to wed on December 30, 2017, but because of the cancer’s rapid development, they soon realised they would have to bring the date forward.

It is often the presence of metastases, or daughter tumours, that determine the severity of a patient’s cancer. In Heather’s case, the situation quickly became dire.

Yet, on December 22, almost a year after Dave had proposed, it was time. The beautiful wedding took place with Heather lying in her hospital bed surrounded by family and friends.

“She was determined to marry her soul mate,” says one of Heather’s best friends, bridesmaids and stand-in photographer, Christina Karas. 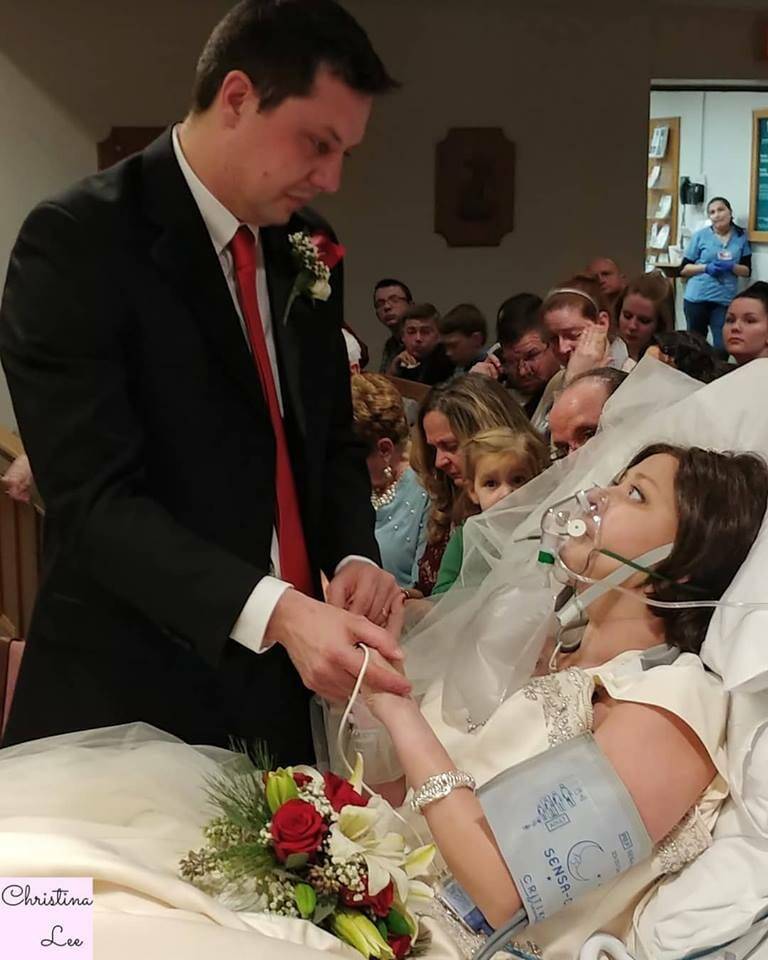 Heather’s body was so frail by that point that her family were ready to simply lay the dress over her body like a blanket.

Eventually, she managed to get into the dress within the hospital’s chapel, and so the ceremony was ready to begin. 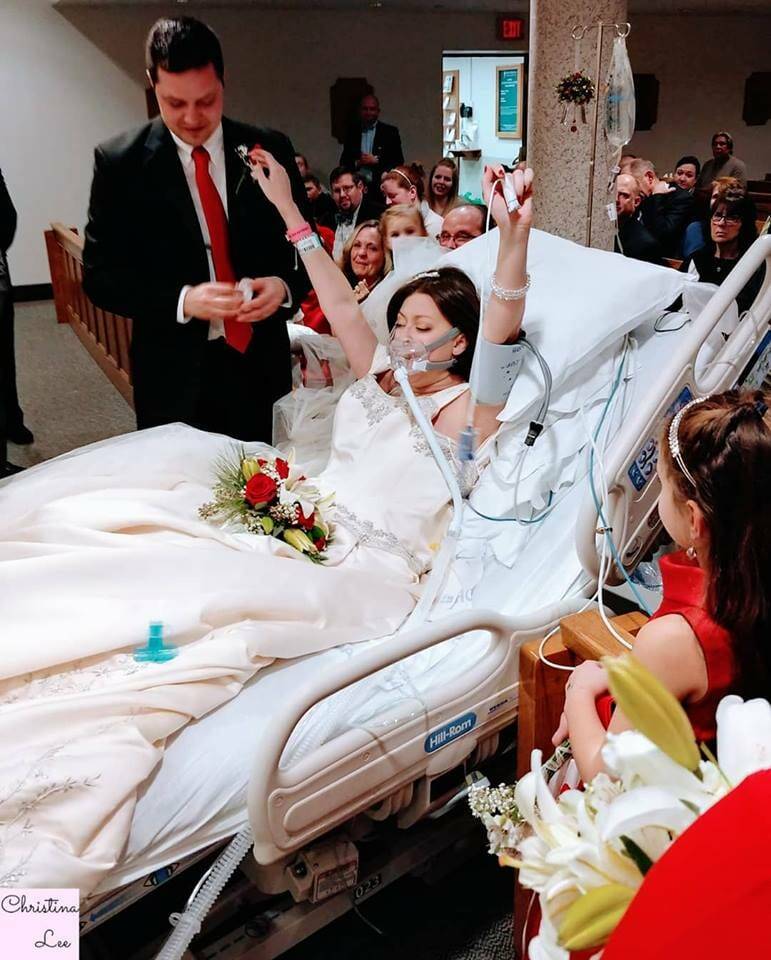 Still, every word, every breath, every movement was a labour for Heather. She struggled for the strength to utter her vows…

Fittingly, these words would prove to be her last.

“It was a miracle,” Christina said. 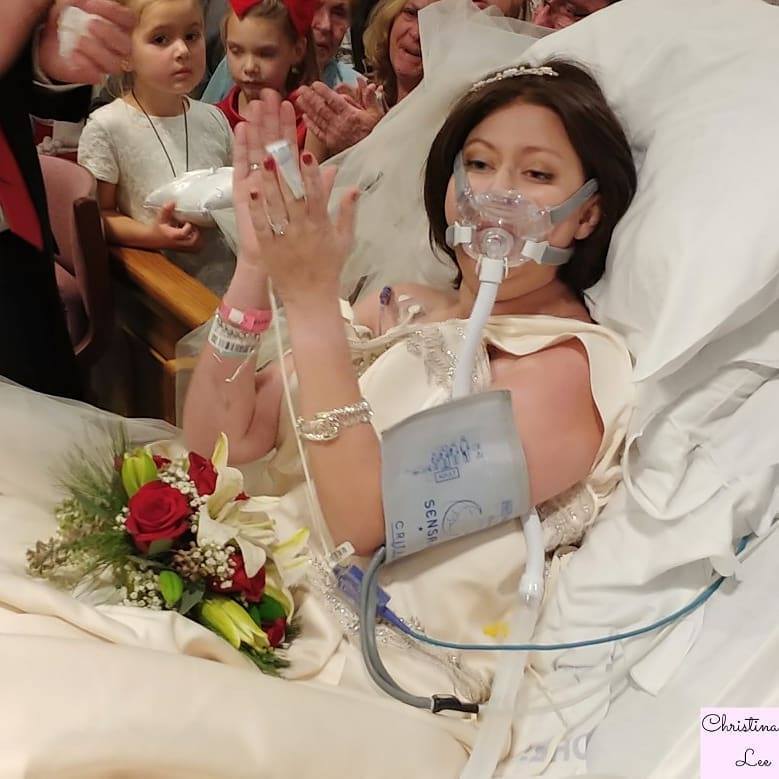 “Even when she raised her arms and realized she would die, she was happy. She just wanted it to be a party.”

“Everyone cried,” Christina added. “We all knew that this was the last moment with her and we would treasure every second.”

For David, the day was dampened by pain and heartache, but more than anything, it was filled with love.

“She was beautiful and she felt safe,” said David. 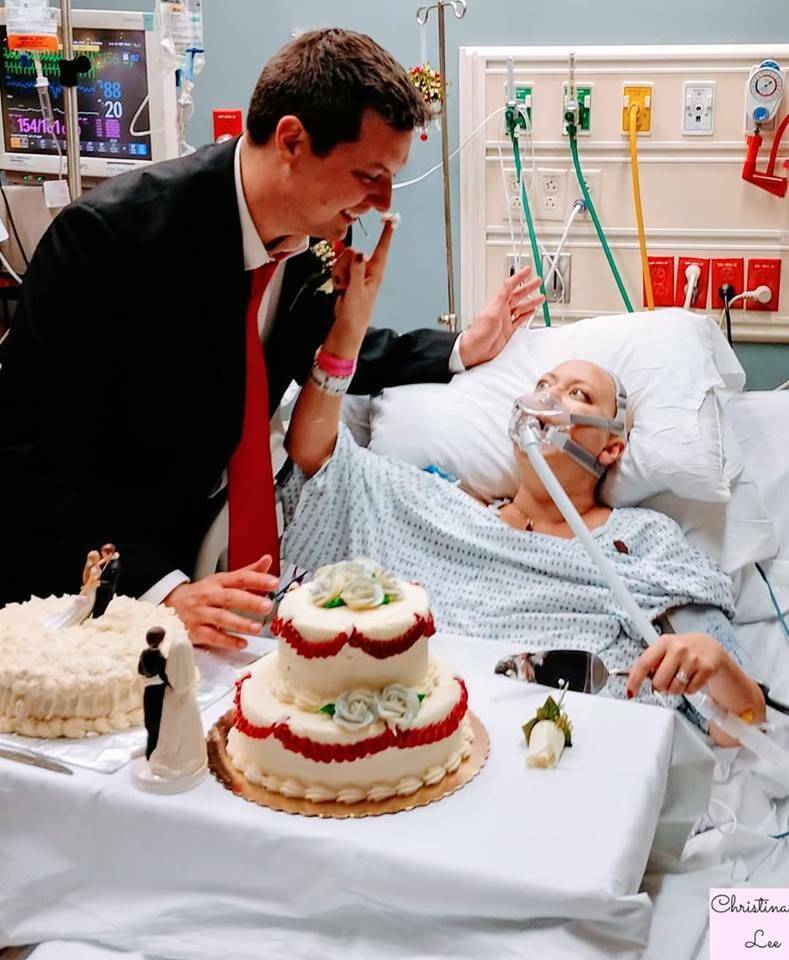 “I saw her illness. I saw her pain but she did not give up until she married me. It’s unbelievable how much you can love a person.”

Just 18 hours after Heather said “Yes”, she took her last breath and left the earth. She was just 31-years-old.

On December 30, the day Dave and Heather had originally planned to marry, Heather’s funeral was held at the Plantsville Congregational Church. It was the very same venue the couple had chosen for their wedding.

“It was a really hard day,” Christina says. “The world lost a wonderful person.”

Christina has since shared pictures she took of the couple during their wedding. They’ve touched hearts all over the world.

Obviously, this has been a heartbreaking time for all involved, but I’m glad this story can be used to give hope to many people.

It shows just how powerful love can be, even at the very end of things. It’s incredible, the will to survive people have when they wish to hold onto their dreams.