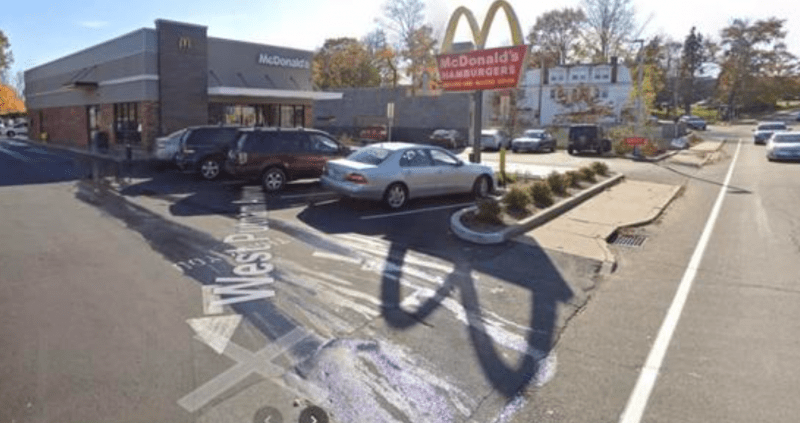 A man violently assaulted a Fairfield County woman he didn’t know after opening her car door and dragging her outside of the vehicle at an area McDonald’s, police say.

The attack took place on Thursday, Jan. 28, at the restaurant located 268 West Putnam Ave. in Greenwich.

Without provocation, Lopez opened the victim’s car door, which caused the victim to fear for her safety, according to police.

The victim tried to run away from Lopez, but he was able to grab the victim, said police.

Lopez placed the victim in a chokehold as she was attempting to seek help from patrons within an establishment by banging on the exterior glass, Zuccerella said.

The victim’s son saw what was transpiring and ran to his mother’s safety, according to police. He needed to strike Lopez numerous times before he released the victim from the chokehold.

The victim and her son both believed that Lopez was placing the victim in grave danger.

The victim sustained injuries from the attack and was transported to the hospital and later released after being treated.

Lopez was charged with the following:

“This was a random act of violence that caught the victim and her son completely off guard,” Zuccerella said. “They do not know nor ever met Lopez.”

The captain reminded residents that crime can happen anywhere and at any time.

“Due to the randomness of crime, there are a few precautions we all can take to reduce the risk and discourage those who commit crimes,” he said.