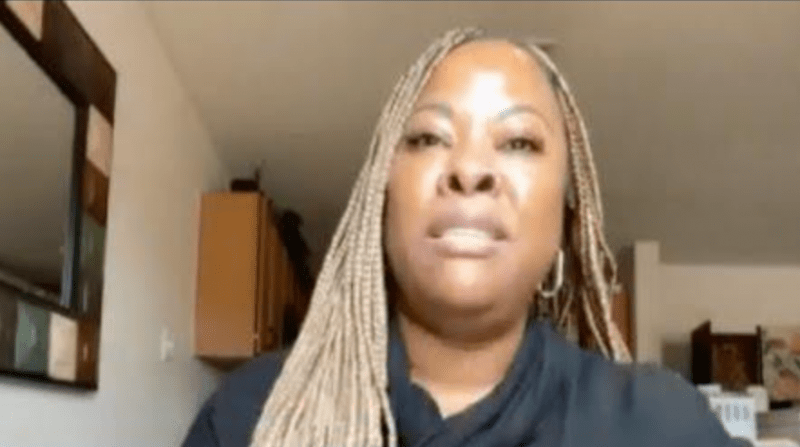 As reported by NBCDFW5, a White man has been verbally attacking his Black neighbor by throwing racial slurs at her. Stacey Livingston of Denton County told NBCDFW5 that “the man was at the door saying: ‘I’ll [expletive] your daughter for a dollar.’”

Stacey wasn’t sure why things had turned that way, considering that she and her son had been in good terms with the man. Her son even helped him when he had broken his foot.

“It’s known that he has mental health issues and that he harasses people,” she continued.

One of her neighbors who requested anonymity captured some of the incidences on a Ring camera.

In another video, Livingston explained, “He said: ‘I’m going to kill me a nigger and make her into dog food.” Livingston had to restrict her children from playing outside because she wasn’t sure of the man’s next move. She said, “Our kids ride their bikes in the street and play football and catch and I had to tell them this past weekend, ‘Sorry, we can’t go outside because I don’t know what he’s going to do.’”

Livingston’s home has not been spared of these racial discriminations either. Her cable box was ripped off and her driveway spray-painted with “scary nigger.”

She’s been reporting these incidences to the police. One of the latest responses she got from the law enforcement in Denton County Sherrif was, “I just suggest ma’am that you stay away from the house for a few days until this blows over.”

It’s unfortunate that the police are thinking that such racial intimidation can simply blow over.

However, Livingston stayed at a hotel for the past weekend. She’s still very displeased by the police’s reckless response to such a delicate situation. “I just feel like my life doesn’t matter to them,” she said.

“If I were to take matters into my own hands because the cops wouldn’t do anything, what would that look like for me?” Livingston told NBCDFW5.