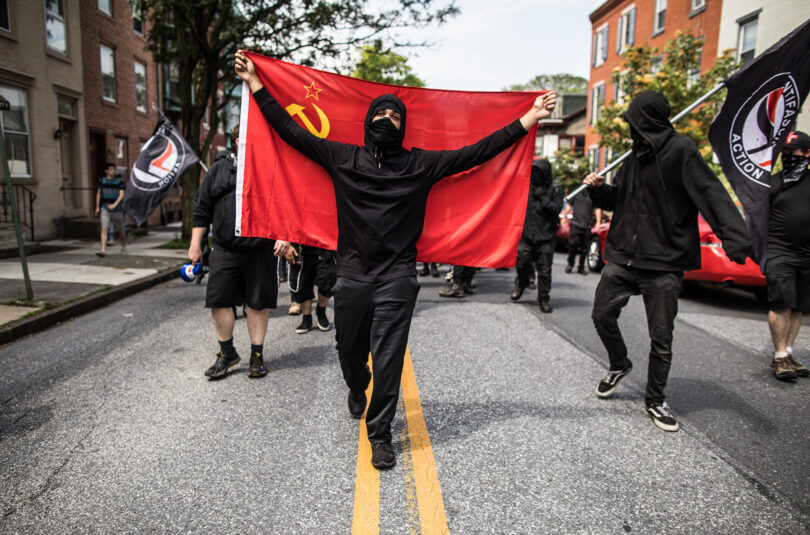 The position of the left is well known by now: your speech is violence; their violence is speech. Moreover, even your silence is violence. If you disagree with them on any point, then you are not merely mistaken; you are evil. And if you are evil, you must be shouted down and silenced.

Worse yet, you must be punished, made to be an example, lest others neglect to fear the power of the left.

These are the hallmarks of a terrorist philosophy. Such a philosophy not only excuses violence, but requires it, from both sides. After all, the Nazis and Imperialist Japanese of the 1940s were not dissuaded by reasoned debate from committing massive atrocities.

They persisted in their crimes against humanity until so many of them had been killed that their ability to continue had been physically destroyed.

What makes us think the present leftist philosophy leads to any different outcome?

Mine is not advocacy of violence; it is recognition that leftists will continue vilifying us until they themselves take the next step, which is ideological genocide.

They have been progressing in this direction for many years, and now, they have finally found themselves at the fork in the road, where they face either total and final defeat, or else they must inflict that defeat on us.

In 2016, the Dark State was exposed for what it is, when President Trump was elected. In 2020, it was all going to be over for the left unless the left took brazen and unrestrained action to steal the election. Leftists did so right on camera. They then somehow convinced weak-kneed Republican officials to disbelieve their own eyes and not to make a fuss.

Afterward, they incited a small number of people to protest inside the Capitol, creating the Reichstag moment they needed to crack down on conservatives.

Eventually, they were down to the school board level, accusing concerned parents of terrorism.

The leftists find themselves on a roll and are rapidly ensconcing themselves in positions of power where they will have total and permanent control, not only in government, but in all critical institutions of society.

The final step, as they see it, will be the “mopping-up” operations, where the few remaining bastions of opposition will be crushed.

That is what we are up against. We hope we can win elections and turn back the tide, but assuredly, the people who control the counting of votes are the very same people who corrupt the elections.

Our backs are to the top of the cliff. Short of a miracle, short of a mass awakening of the citizenry, the American dream will have ended. We hope for peace, but at the same time, we cannot value peace, or even life itself, more than we value freedom.

We, too, are at a fork in the road, and to paraphrase President Reagan, there is no easy solution, only a simple one.