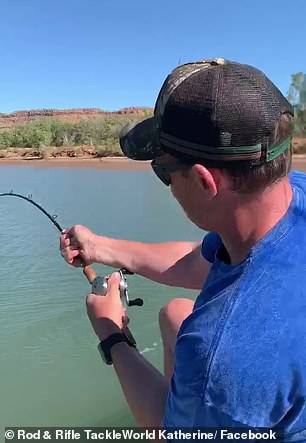 An Australian fisherman cast his line into the waters along the Victoria River. When something big latched onto the lure, he knew he was in for a struggle. Although the man has been fishing for most of his life and has battled many a large fish, this catch was bigger than all the rest. But when he finally forced the creature to breach the surface of the water, the fisherman was shocked to see that it wasn’t a fish at all.

On the other end of the fishing line was an aggressive crocodile ready to fight for its life. The man who battled the croc on the video was Trent de With. He admitted that it was more “common” than you’d suspect for Australians like him to hook a croc instead of the fish they were after. The clip was shared with the Facebook page called Rod and Rifle Tackleworld Katherine this past Thursday and received tens of thousands of views in a matter of days.

“You can accidentally hook them. This one seemed like he actually tried to eat it.” Trent told Daily Mail Australia. “You just fight it till the line breaks or the hooks let go. That rod and reel are good quality stuff – which makes all the difference, especially when you hook a big barra you don’t want your gear to fail.” 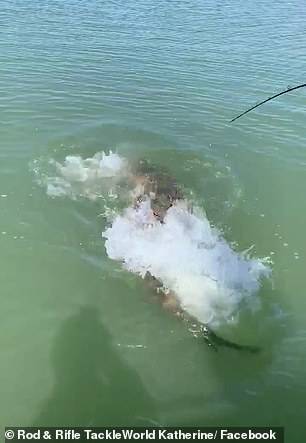 The clip was filmed during a fishing trip with Trent and his friends. Although he captured the croc in this clip, he also caught several large barramundis.

“We were on the Victoria River, about three hours to the west of Katherine – a very well-known fishing spot for people in Katherine,” he said. 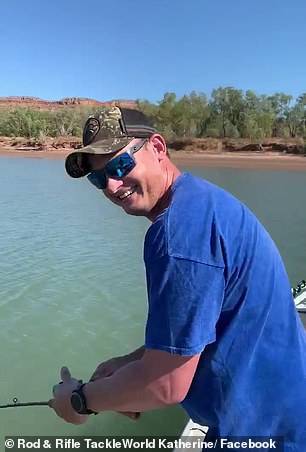 Clearly, this battle with the crocodile was not as shocking for Australians as it was for people elsewhere in the world.

Many people were impressed with Trent de With’s crocodile catch. They shared dozens of comments. The following were some I thought you might like to read.

“Nothing to see here. Just another day fishing up north in Australia!” one person wrote.

Another added, “Who says fishing isn’t a workout?”

“Here I am getting busted off by bream, and your pulling in crocs,” another added. 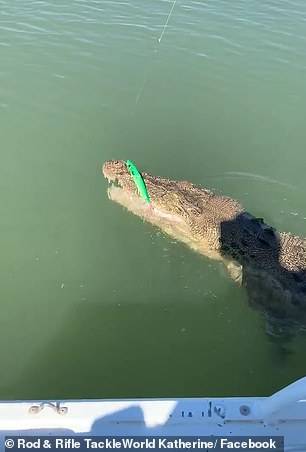 And a fourth contributed the following comment: “That’s awesome mate, next time I’m in the Northern Territory, I might have to hit you up to show us around a little.”

Readers of Daily Mail also shared dozens of comments about Trent de With catching the crocodile on his fishing trip.

“I think you could have excluded Australia from the headline, and we still would have figured it out based on the rest.”

“Remember tourists, whilst Australia is a beautiful country, most things that can bite you here can kill you!!!! Strewth!”

“I love how no sight till he’s about to break the surface. One of nature’s top predators.” 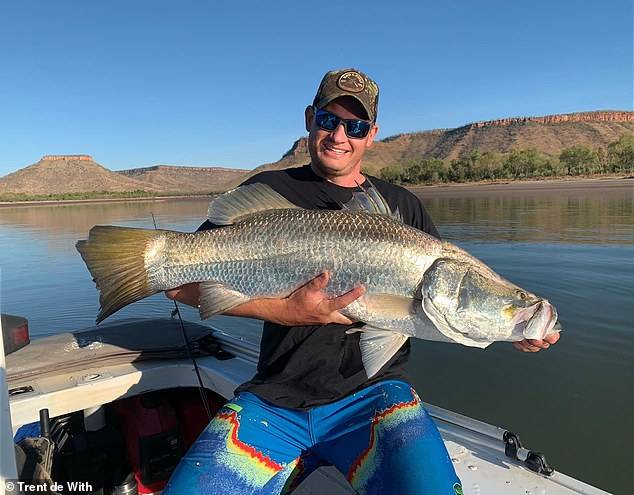 “They are evil looking predators that would have no guilt in killing, and then there is the crocodile. So it now has a hook and tackle snagged in its mouth. No, I do not want to come face to face with a croc, but it has as much right to life and other creature.”

What do you think about this clip?