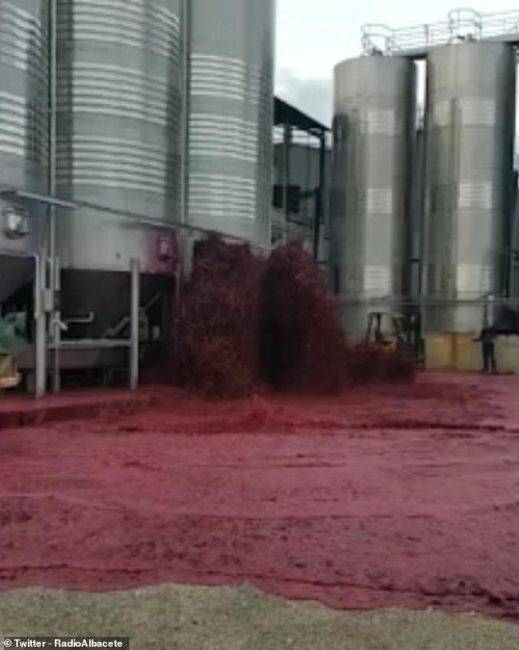 Footage shared online shows the moment a huge jet of red wine pours out of one of the 50,000-litre metal wine tanks at the Bodegas Vitivinos winery in Villamalea, Spain, and covers the entire area.

Accidents at work can always happen, and they are never pleasant. However, a recent one left winery workers mouth-opened, while helplessly watching thousands of liters of wine slowly draining away into a nearby field.

The shocking moment was filmed and the footage was later shared online. At the beginning of the clip, a huge jet of red wine is seen pouring out of one of the 50,000-litre metal wine tanks at the Bodegas Vitivinos winery in Villamalea, Spain.

The red wine is then seen spilling out on the floor, covering the entire area and spreading out underneath the parked vehicles there.

Workers from the winery are helplessly staring at the red fountain, unable to prevent the damage.

It was reported that the wine might have broken free of the tank due to a break in one of the vats. 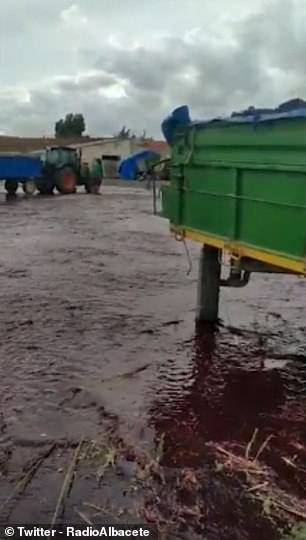 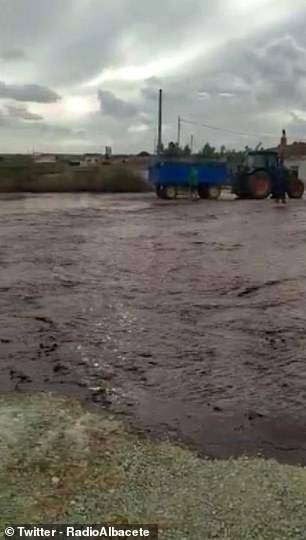 The winery, Bodegas Vitivinos, was founded in 1969, with a production of 6,000,000 kilos of grapes. The facilities are run under the supervision of Dr. José P. Gracia.

The video of the wine explosion has since gone viral on Twitter, with over 9 million views. Twitter users compared the moment to the film The Shining and the scene when a wave of blood comes crashing out of a lift and floods a hotel corridor.

“Unfortunate. What more surprises will 2020 have for us?” 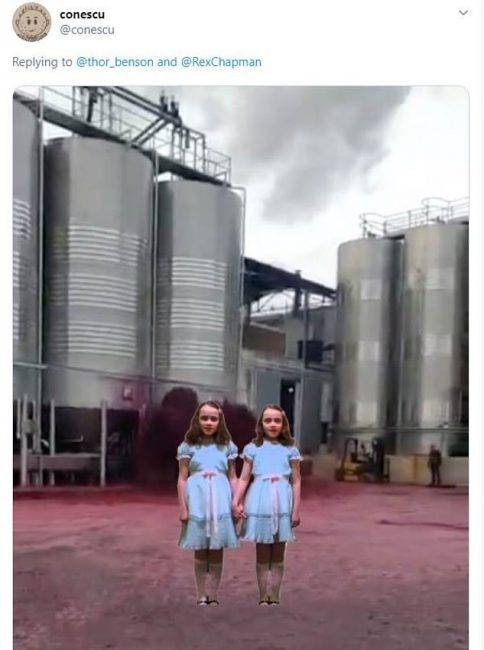 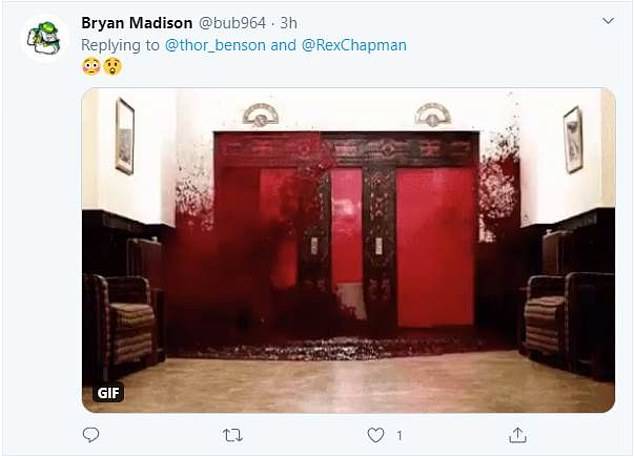