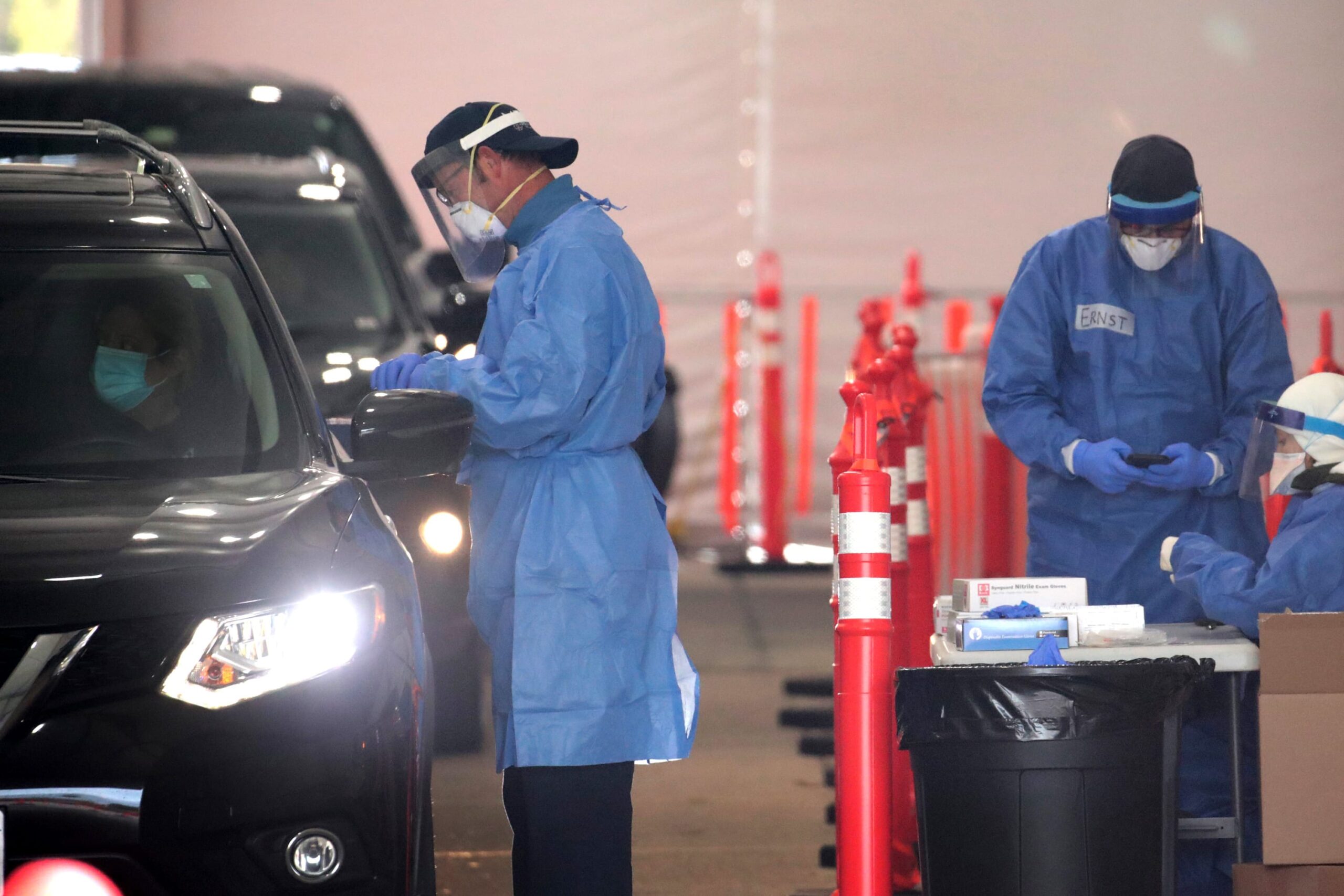 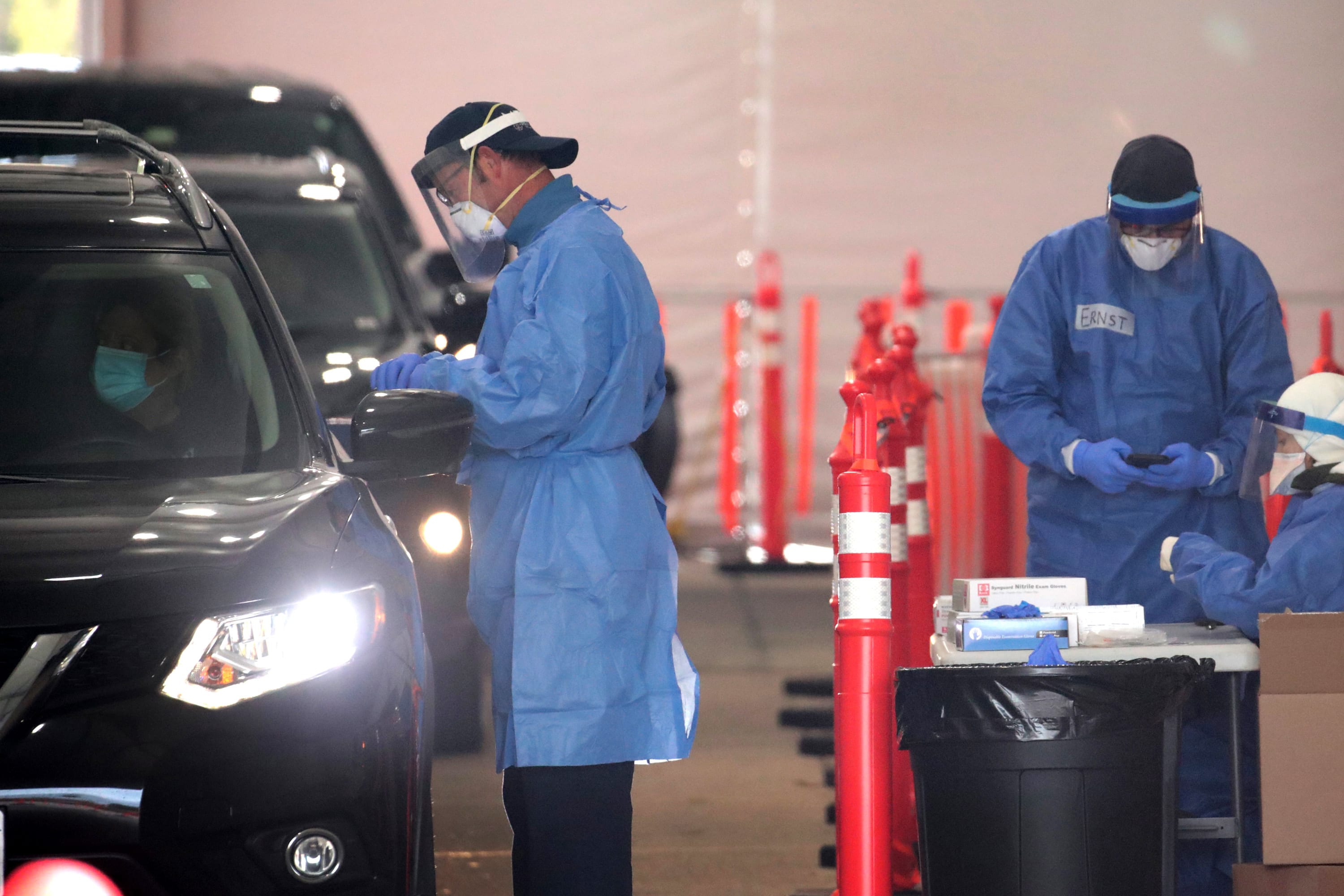 The U.S. reported 99,321 new Covid-19 cases on Friday, beating its previous record set only a day prior as the pandemic worsens in nearly every corner of the nation.

“We’re at a point where the epidemic is accelerating across the country. We’re right at the beginning of the steep part of the epidemic curve,” Dr. Scott Gottlieb, the former U.S. Food and Drug Administration commissioner, told CNBC’s “The News with Shepard Smith” on Friday evening.

“You’ll see cases start to accelerate in the coming weeks,” he said, predicting the height of the country’s recent surge will be reached around Thanksgiving. Gottlieb said that “December’s probably going to be the toughest month.”

The U.S. is continuing its upward climb on what’s now the pandemic’s third peak, with cases growing by 5% or more in 43 states as of Friday, according to a CNBC analysis of data compiled by Johns Hopkins University. There are now more than 9 million reported Covid-19 cases in the United States, which added an additional 1 million cases in only two weeks, according to Hopkins.

Over the last week, the U.S. reported an average of roughly 78,738 new cases every day, the highest seven-day average recorded yet and up nearly 25% compared with a week ago. The top five records in daily reported cases have all been reached within the last eight days, according to Hopkins data.

While the U.S. is conducting record-high levels of testing, it can’t entirely explain the recent rise in infections, Adm. Brett Giroir, assistant secretary of health who leads the government’s testing effort, said Wednesday on NBC’s “TODAY” show. He added that hospitalizations are also rising and deaths are gradually following, metrics that usually lag behind climbing cases.

As of Friday, 18 states reached record-high hospitalizations based on a seven-day average, particularly in the West and Midwest — Iowa, Idaho, Indiana, Minnesota, Missouri, Nebraska, North Dakota, Ohio, South Dakota, Utah, Wisconsin and Wyoming all hit records, according to the Covid Tracking Project.

Although some have referred to the latest peak in cases as a “third wave,” White House coronavirus advisor Dr. Anthony Fauci said in an interview with SiriusXM’s “Doctor Radio Reports” aired on Friday that the country is still grappling with its original wave of infections.

That’s because the U.S., unlike other countries, never reported an average of less than 20,000 daily Covid-19 cases at any point in the pandemic, he said. As the outbreak that originally ripped through New York and the Northeast began to decline in the spring, America’s Sun Belt states began reporting swelling outbreaks and infections rose again over the summer.

“We never got out of the real wave. We kind of went up and down within a wave,” he said. “When I hear people talk about second and third waves, it really is the original wave that just resurges up, comes down a little, and resurges up again.”

The U.S. is now facing daily case counts that are “extremely high and quite unacceptable,” Fauci said. He previously said in early August that the goal was to suppress the daily total to below 10,000 before September. Now, experts like Gottlieb predict the U.S. will report 100,000 new cases within the coming days.

“We’re in a precarious position over the next several weeks to months,” Fauci said, urging people to continue wearing face masks, practice social distancing, wash their hands, avoid crowds and spend time outdoors over indoors as much as possible.