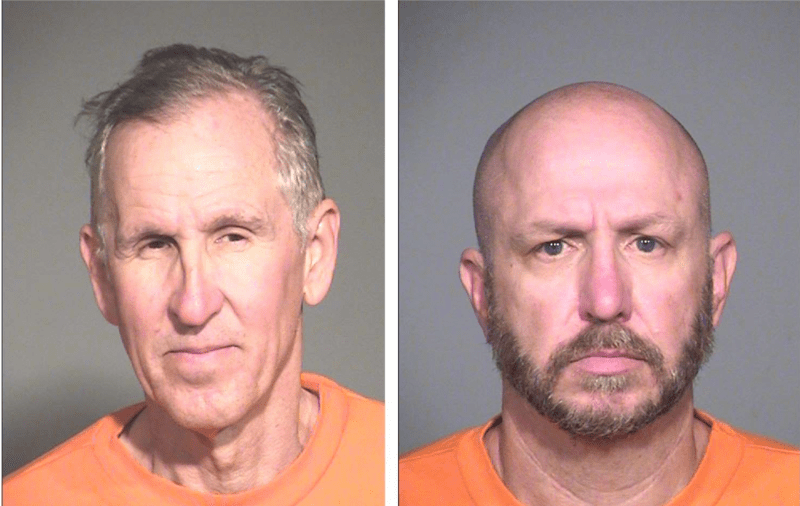 David Harmon and John Charpiot were both accounted for at ASPC-Florence during the 4 p.m. headcount Saturday, but were both missing by the 8:30 p.m. check, according to the Arizona Department of Corrections, Rehabilitation and Reentry.

It’s unclear how the two were able to escape or at what point in that four-and-a-half-hour timeframe they did so.

Charpiot was sentenced to 35 years in 2011 for molestation of a child and sexual abuse.

Harmon was sentenced too 100 years in 2012 on kidnapping and second-degree burglary charges.

“The department will not rest until these inmates have been apprehended,” the ADCRR said in a statement.

Officials have dispatched its chase teams, tracking dog teams and fugitive apprehension unit to hunt down Harmon and Charpiot.

Anyone with information on their whereabouts is asked to call 911.