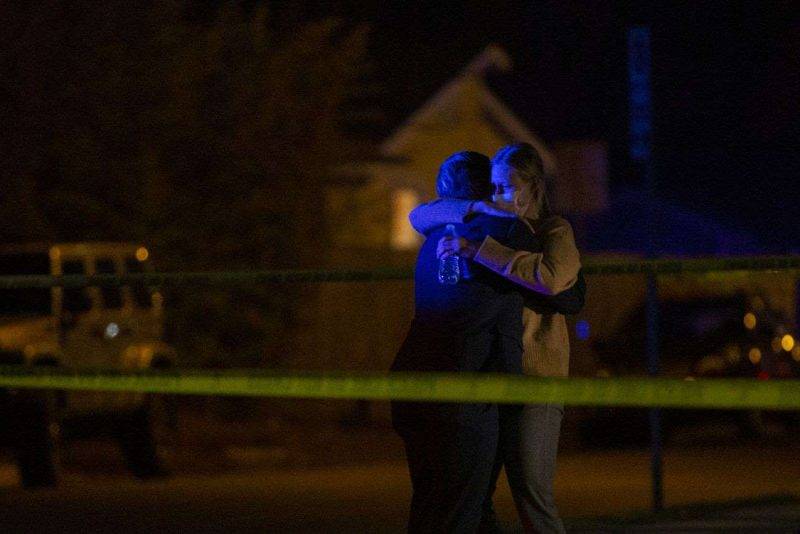 A pediatrician recently diagnosed with terminal cancer took several hostages inside an Austin, Texas, medical center Tuesday before killing another doctor, then himself, according to officials.

Dr. Bharat Narumanchi, 43, was identified Wednesday as the suspect in the deadly hostage situation, according to the Austin Police Department.

Narumanchi allegedly walked into the doctor’s office, where he had applied a week earlier, around 4:30 p.m. Tuesday, armed with a pistol, what appeared to be a shotgun and two duffel bags, witnesses told police.

A man and a woman embrace as Austin police officers and members of SWAT work the scene of a suspected hostage situation at a doctor’s office in Austin, Texas. (Bronte Wittpenn/)

Several hostages were held captive inside the building, but all were able to escape except for Dr. Katherine Lindley Dodson, 43.

“You can come out of the front door with your hands up and empty and follow the instructions of the officer,” the negotiator yelled at one point, according to KXAN.

“I know you’ve been dealt a very terrible card, but you’ve spent your entire life dedicated to other people.”

Police begin to enter the building, where they would find two people dead. (Ricardo B. Brazziell/)

After several hours of silence, the SWAT team announced that they were sending in a robot, witnesses reported hearing loud bangs and gunshots.

Inside, they found both Narumanchi and Dodson dead.

Officials said it appeared that Narumanchi shot Dodson, then himself, but an investigation is underway.