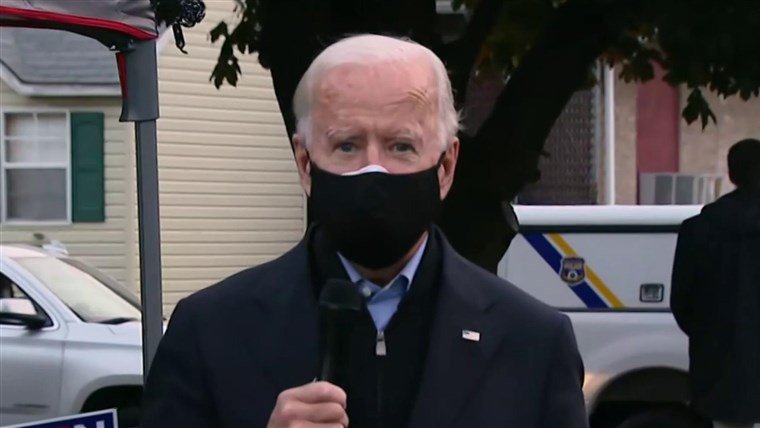 President Donald Trump lashed out at the FBI on Sunday after it said it was investigating reports that a caravan of his supporters harassed a bus belonging to Joe Biden’s campaign.

“In my opinion, these patriots did nothing wrong,” Trump said in a tweet. “Instead, the FBI & Justice should be investigating the terrorists, anarchists, and agitators of ANTIFA, who run around burning down our Democrat run cities and hurting our people!”

The president also referred to the incident during rallies earlier Sunday. Video of the incident, which occurred Friday, showed Trump supporters surrounding the Biden campaign bus with their vehicles in Texas. The video showed two cars colliding, and the Biden campaign said the pro-Trump trucks tried to run the bus off the road as it traveled from San Antonio to Austin.

“You see the way our people, they — you know they were protecting his bus yesterday,” Trump said while addressing supporters in Michigan. “Because they’re nice. So his bus — they had hundreds of cars, Trump, Trump, Trump and the American flag. You see Trump and the American flag. Do you ever notice when you see the other side — I don’t even see much of the other side.”

Biden responded later Sunday afternoon during an event in Pennsylvania, noting that the president had also tweeted praise for the supporters involved.

Caravans and car parades — made popular by pandemic social distancing requirements — have become a regular feature of the campaign trail, one particularly embraced by Trump supporters, but in recent weeks they’ve run up against early voting and other campaign activities, prompting voters to call the police.

Allan Smith is a political reporter for NBC News.