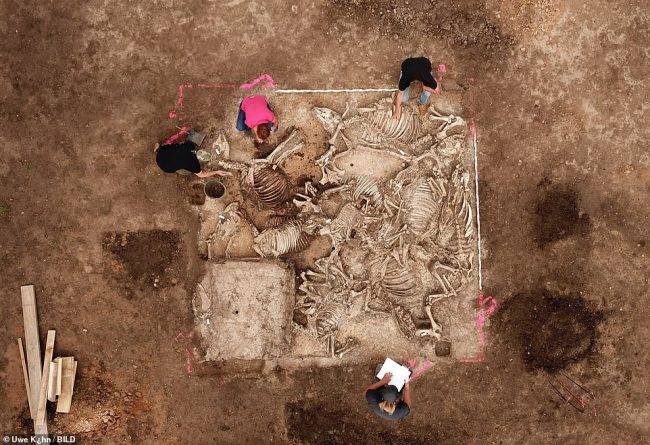 An elaborate burial complex has been excavated in Saxony-Anhalt, near Brücken-Hackpfüffel, and is believed to be the tomb of an ancient Germanic lord.

While clearing land for a new chicken farm, builders in Saxony-Anhalt, near Brücken-Hackpfüffel, have accidentally stumbled across the grave of a Germanic Lord or prince, who lived 1,500 years ago.

The high-ranking royal lived during the Great Migration, following the demise of the Roman Empire. This site is now described as the most important excavation in the last 40 years of Germany’s history, and experts have kept its exact location a secret to stave off thieves.

Researchers are yet to locate the remains of the prince they believe was laid to rest there and believe they might find his ashes inside a bronze cauldron in the central tomb, which is around 13 feet by 13 feet in size.

The cauldron, the focal point of the mounded tomb, is surrounded by six women buried in a radial alignment from the pot, who, according to researchers, have been either concubines or widows of the one buried there.

The discovered skeletons of the women prompted speculation that they may have died in a death cult. However, it is unclear whether they had been slain for the burial or sacrificed themselves, so researchers add that it is too soon to speak of a ritualistic cult death. 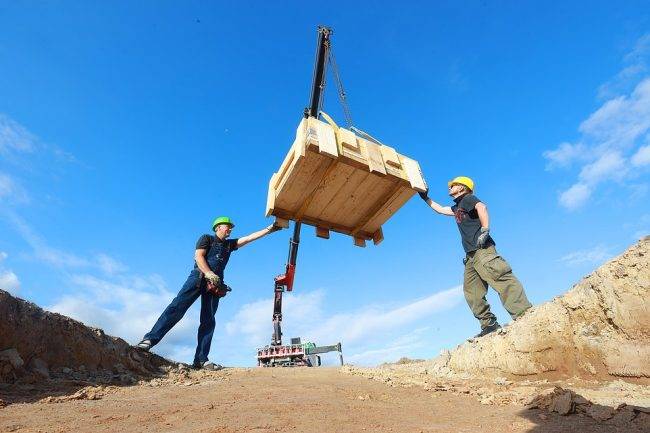 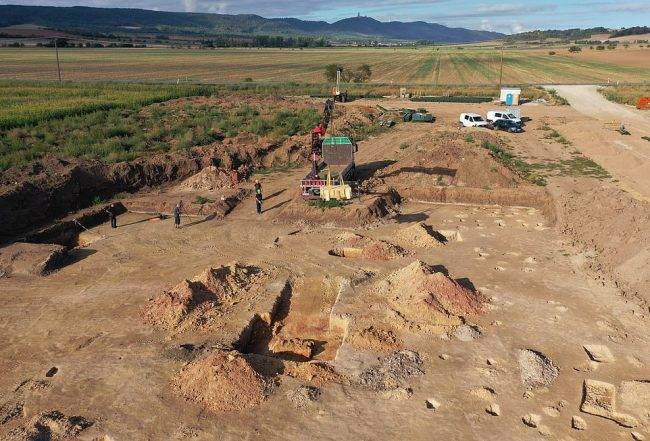 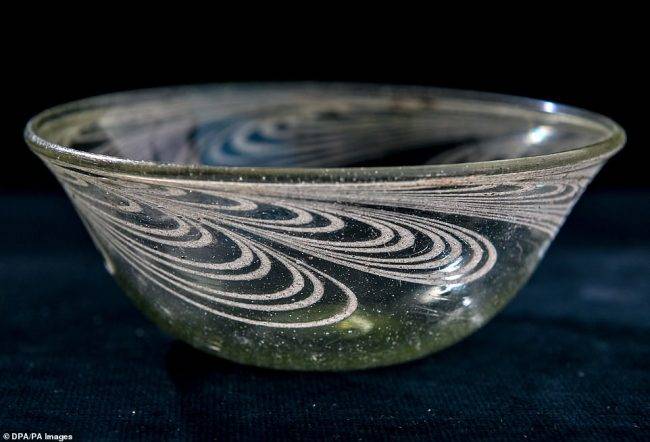 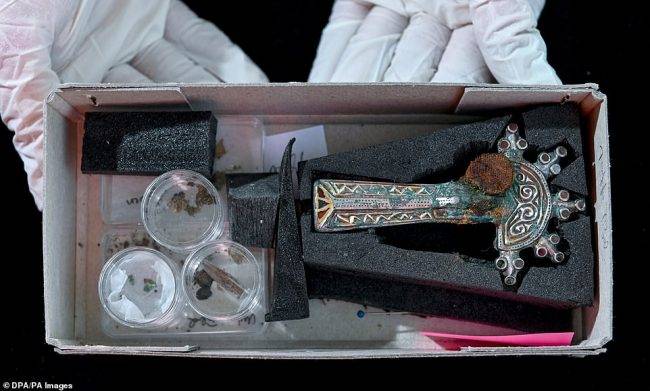 Moreover, the extravagant tomb also holds the remains of eleven animals, including cattle, horses, and dogs, as well as valuable gold and silver artifacts. The central tomb of the high-ranking person is surrounded by 60 other graves, subsequently buried in the cemetery to honor the lord.

Experts will analyze the cauldron in a laboratory, as they believe it is central to the history of the tomb.

“We haven’t found the prince himself yet. But maybe his ashes are in the bronze cauldron.”

The animals found were reburied at this location, which confirms that the site was created to honor a high-ranking person in society.

“The unique finds suggest that high-ranking personalities were buried here.”

They believe the central burial chamber would have been part of a mounded tomb, and the graves around it have been added later. 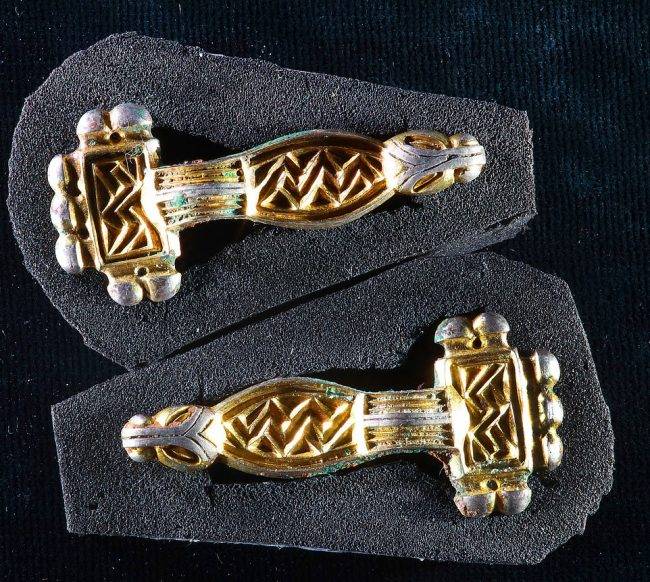 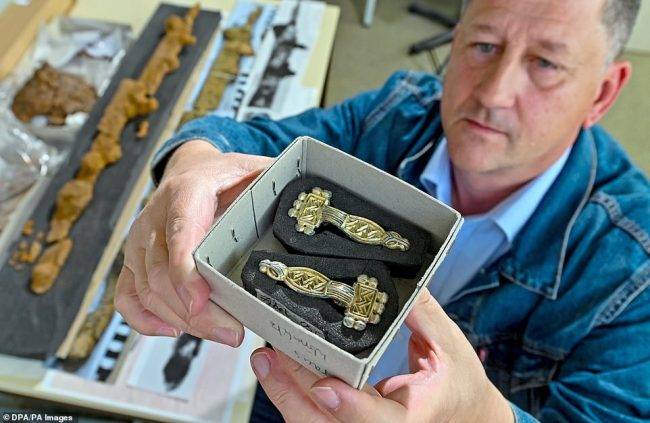 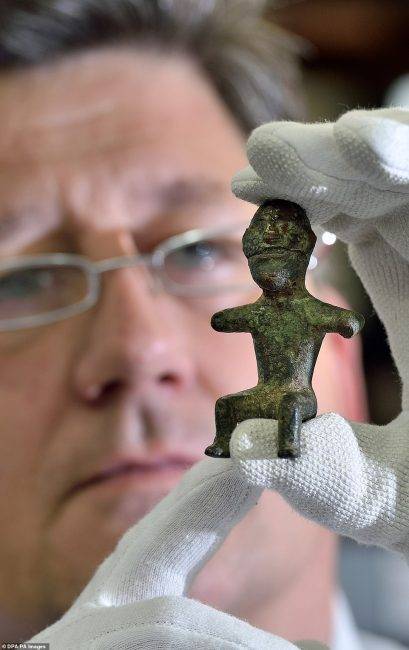 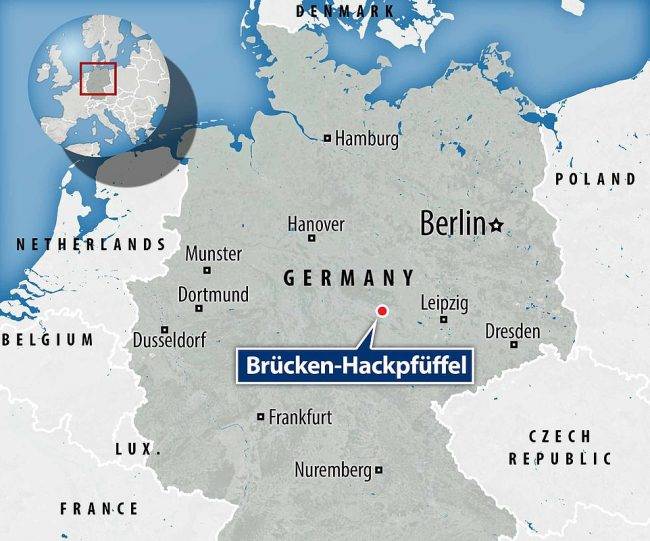 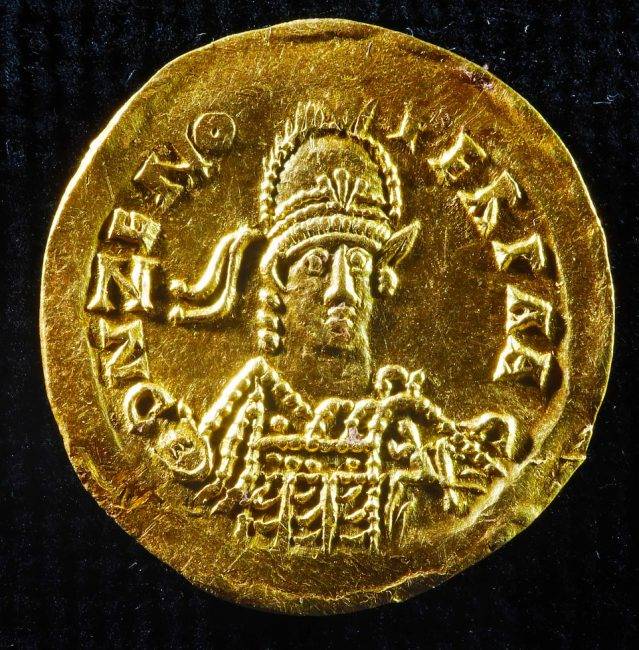 It is initially estimated that the site dates from between AD480 and AD530 when after the fall of the Roman Empire, numerous Germanic tribes invaded territories that were no longer under Roman protection.

“The cemetery has almost 60 graves. In the graves, among other things, a glass decorated bowl, a spindle whorl made of glass, several silver-gilded robe clips, a sword, and a shield boss made of iron as well as a gold coin of the Eastern Roman emperor Zeno around 480 were found.

The pieces of glass come from the Gallo-Roman workshops along the Rhine, only they mastered this technique.”

Furthermore, researchers found an immaculate pointed glass beaker, with curved grooves which would have housed a floating wick lamp and garment clips.

Researchers maintain that the clips, which include pieces of snagged textiles, are an indication of the presence of a Germanic tribe, either the Longobards, Alemanni, or Thuringians.

Archeologists also found a small figurine believed to be shaped in the form of a Germanic god. They estimated that it is even older than the tomb itself, possibly dating back 1,800 years ago.

The remarkable condition of the valuable site is believed to be due to its unique location, which protected it from damage. The burial ground was in a natural hollow which, and over time, its protective layer was formed by around four feet (1.20 meters) of sediment.

In this way, it was kept hidden from treasure hunters and grave robbers, and protected from any ploughing.

Scientists hope that the analysis of the artifacts and bones will provide important information on the lives of people during the Great Migration.