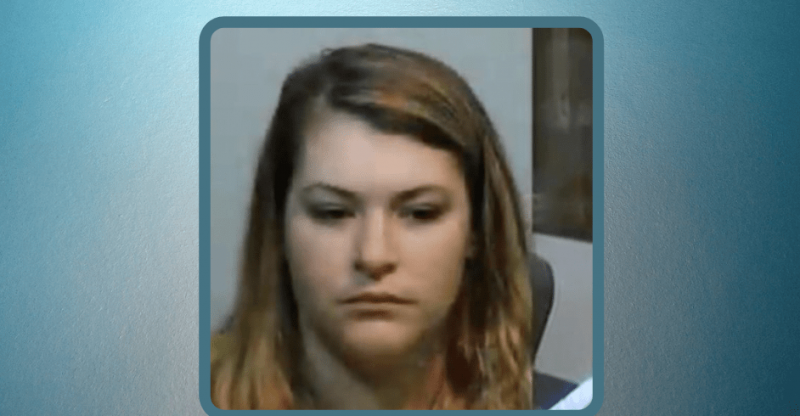 An Orlando one-year-old died of cardiac arrest after being left in her mother’s car for several hours, police say.

According to WOFL FOX 35, 29-year old Kailyn Pollard drove to work on Friday, September 28 with her daughter Kit in the back seat.

The mom allegedly forgot her child was still in the car, leaving the baby girl in her car seat for the rest of the day.

As WOFL reports, Pollard usually drops Kit off at daycare, but on that Friday, she drove straight to work instead.

After work, Pollard drove to get some food, still not noticing her daughter in the back seat. It wasn’t until the mom stopped at a nearby gas station that she saw Kit sitting in her car seat.

By the time Pollard noticed Kit, her daughter was already dead.

Deputies told WOFL that temperatures reached as high as 94 degrees outside of Pollard’s car. It’s unclear just how hot it was inside of the car.

As a result, the mother has been charged with negligent manslaughter.

On Saturday morning, Pollard was granted a bond of $20,000 by the judge.

The judge also denied the prosecutors’ request to have a GPS bracelet put on Pollard to keep her from having contact with anyone under the age of 15 years old:

“I’m not gonna impose the other conditions based upon the fact that you do not have any prior criminal record in the allegations in the police report.”

On Saturday afternoon, Pollard was transferred from a local jail to a mental health facility for an evaluation.

According to Fox 35, Kit’s death is one of two hot car deaths that took place on that September Friday.

According to the Orange County Sheriff’s Officer, an Orlando toddler died after being left unattended in a hot car.

The death of that four-year-old boy was confirmed by the Sheriff’s Office during a news conference.

Authorities say the child was discovered by a bystander who called the police after finding the child unresponsive.