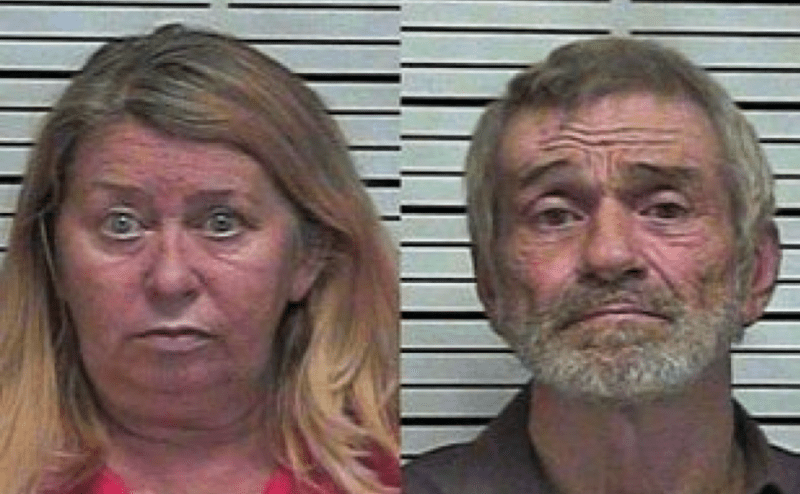 The grandparents of a five-year-old girl, and another man, have been arrested after allegedly keeping her locked in a dog cage.

Mary DeRonda, 59, and Charles DeRonda, 63, of Nicoma Park, part of the Oklahoma City metropolitan area, were taken into custody on Monday morning following a month-long investigation, the Nicoma Park Police Department in Oklahoma said in a news release.

Online records show the pair are each facing two counts of child neglect.

Another man—46-year-old Jeremy Cook—was later arrested after police issued an appeal to the public for information to help track him down.

Police said he was wanted on felony charges of assault and battery with a dangerous weapon, burglary and child abuse.

According to The Oklahoman, the DeRondas are the child’s grandparents—and Mary DeRonda is her legal guardian. Cook was a frequent visitor to their house.

The police department said investigators spent a month substantiating allegations of child abuse, including claims that the child had been locked in a dog cage for lengthy periods and was forced to live in “deplorable and hazardous” conditions.

According to KFOR, court records said the home was covered in rotting food, trash, insects and feces. The documents also said the child was not given food or drink and was forced to go to the bathroom on herself.

The girl was taken into protective custody on December 15, The Oklahoman reported, after the Oklahoma Department of Human Services (DHS) was alerted that an intoxicated female was seen driving away from an Oklahoma City hospital with a child in the vehicle.

A DHS worker found the child to be “extremely dirty, smelly and unkempt,” a police detective wrote in an affidavit.

“This is probably the worst one I’ve ever seen especially with the allegations, kept in a dog cage. You don’t do that to a child,” Lt. Mike Weiss told KFOR.

“The child was being kept in a, put into a dog cage, and kept there for long periods of time, even sometimes with the dog itself.”

It comes after a Florida couple were arrested after telling detectives they had been handcuffing a young boy and locking him in a closet for around 16 hours a day.

The boy told deputies that he had been forced to stand in a closet wearing handcuffs as punishment every day for the past few weeks.

Last week, a man in Utah was arrested after allegedly beating his 11-year-old child with a metal bar. The man told police he “lost it” after finding out his child was failing in class.