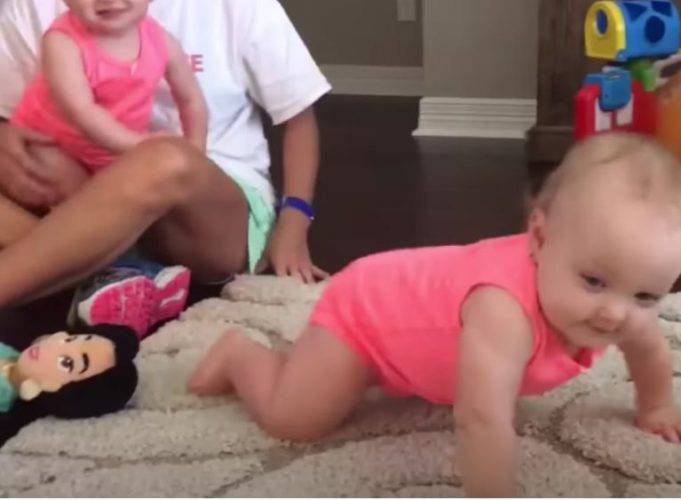 Every day, the Busbys are super busy raising their six beautiful little girls. While they do have six girls, four of them are all-girl quintuplets. These girls were all born on April 8, 2015, while their older sister, Blayke, was born four years earlier. With as many children in the Busby family as they have, they have decided to monetize it by sharing videos and other content on social media and YouTube – as a result, the family has seen lots of success with more than 240 million views of their videos.

The family has more than 1.3 million subscribers to their YouTube channel. Some videos get more than 100,000 views, while others get even more. They’re a popular group, and people are eager to see what they are up to all the time.

One popular video was posted on their channel back in 2016 – when the quintuplets were just about a year old. The video shows the little girls learning to walk and captures one of the cutest moments ever on the social media platform.

The parents captioned the video, “We were able to catch the cutest thing today. Olivia let out the most jolly belly laughs and then immediately took her first steps!”

While it is a lot of fun to watch a baby learn to walk, the video went viral for something that made America laugh.

The video begins in the middle of the activity. Because the Bugsbys have so many children, there is a lot of noise in the background of the video. That should not shock anyone. They do have five infants and their older sister to contend with at the same time. 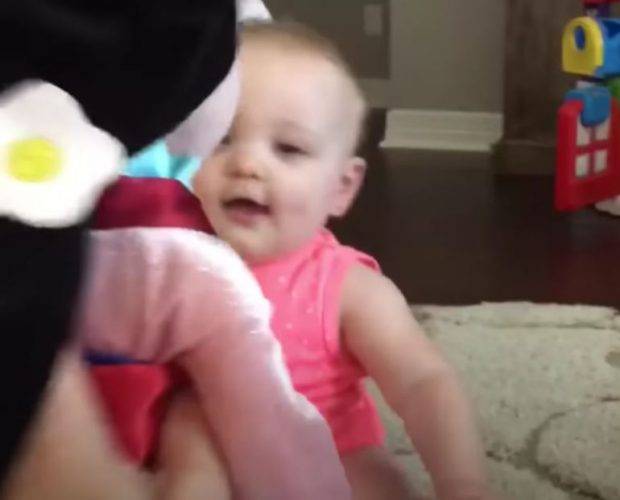 At the center of the video, we see Olivia, one of the quintuplets. The little girl crawls on the carpet while her sisters are hanging out in the background. One of the girl’s sisters can be seen sitting on a woman’s lap in the background.

Things get interesting when someone waves a doll at little Olivia. The child cannot hide her surprise and delight at seeing the toy. She delivers a very-adult snort-laugh. This gets people laughing. As a result, it seems that it doesn’t take much for baby Olivia to laugh. 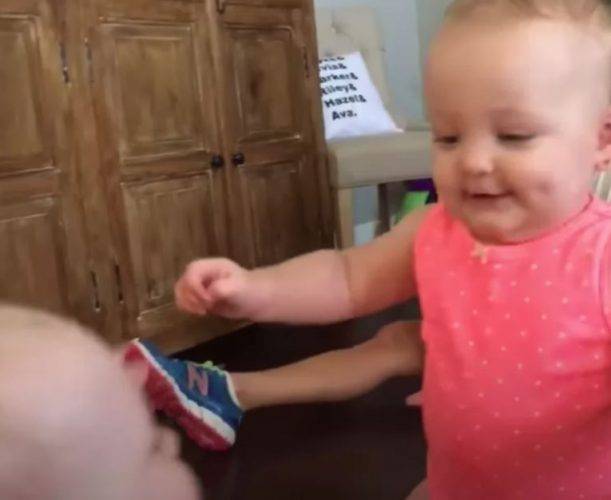 Olivia didn’t seem daunted by the camera in her face. Instead, she seemed to be laughing in just a way to get more than a million viewers to laugh along with her.

But she’s not done yet. After her belly laugh, Olivia walks toward the camera and then snatches it out of the videographer’s hand. Olivia then flips the camera over and starts filming some toys in the background.

There’s a reason that the Bugsby family has so many followers on YouTube. They are an absolute delight to watch.

What do you think about this cute baby video?