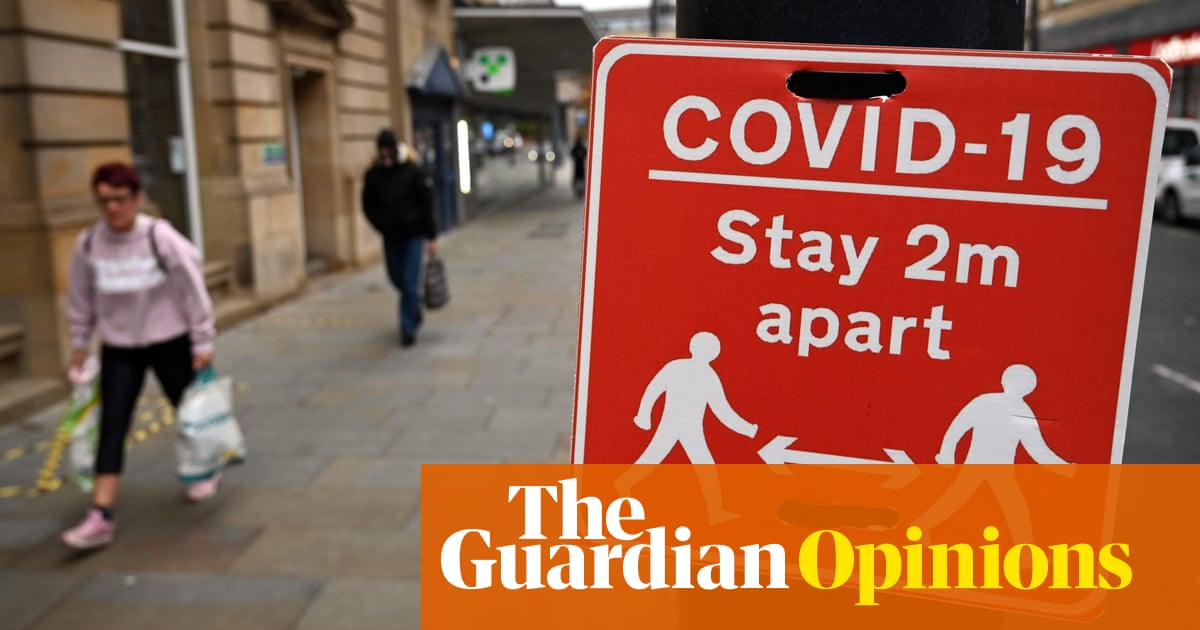 Just 10 days after calling a national lockdown “the height of absurdity”, the prime minister announced on Saturday evening a four-week national lockdown in England starting on Thursday 5 November and lasting until 2 December. In a reminder of March, people are being asked to “stay at home” unless for essential purposes, and to avoid meeting others indoors or in private gardens. Pubs, restaurants, fitness studios and gyms will also have to close while, in an important distinction from the first lockdown, schools, colleges and universities will remain open for in-person learning.

Even with these new measures in place, thousands of people will still die of Covid-19 in the weeks to come, given the lag in lockdown measures on transmission. The recent Imperial College React-1 study estimated that almost 100,000 people in England are being infected with the virus every day. The associated steep rise in hospital cases and deaths indicates that, without harsh measures, a second wave could be even more deadly than the first, and last longer.

Perhaps those who hypothesised that the second wave of the 1918 flu pandemic was driven by boredom and fatigue were indeed correct. The country has endured some form of lockdown since late March. Unemployment is increasing and the economy is being slowly strangled. There’s been little to no payoff for the sacrifices made in the spring, just more grim news and hopelessness. England now finds itself in a groundhog situation, governed by politicians who would rather follow public opinion than lead.

England’s trajectory follows Europe’s, and those of the other three nations of the UK. France, Germany and Ireland have all implemented strict restrictions to curtail the exponential growth of coronavirus cases. Northern Ireland, Wales and Scotland all went into early circuit-breakers trying to avoid the previous mistakes of delaying action. However, these three nations are dependent on the UK government for financial packages to support any economic restrictions introduced, limiting their ability to continue these beyond the end of the furlough scheme, now extended by a month.

All governments face a Covid-19 paradox that is common in public health: prevent illness from occurring and get blamed for enacting measures that saved lives, or wait to enact these measures and then be blamed for avoidable deaths. The UK government’s decision to delay a national lockdown in the hope that this would be easier on the economy defies reality: delaying action has led only to a longer, harsher lockdown. It can feel as though, confronted with this paradox and exhausted by the months of work that lie ahead, the government is close to giving up without a clear plan or strategy for how to survive in a Covid-19 world.

Meanwhile radio show hosts have been arguing for T-cell immunity (which is a matter for science and data, and not for debate and spin) and pointing to the supposed success of Sweden. Sweden, however, is witnessing big rises in the number of cases, and has been asking its inhabitants to avoid public transport, not visit other households, and follow guidance on distancing and hand-washing.

It’s time to stop fighting each other over how serious Covid-19 is, or whether PCR tests work, and agree on collective goals that everyone wants: to protect health services for all patients, a strong economic recovery, to ensure schools stay open, and to minimise illness and mortality. Rather than focusing on the endless repetition of dead cats, such as whether Christmas is cancelled, we should fix our attention on solutions. The real question isn’t what we want, but how we get there.

There are few options for all countries. An attempt to “simmer” the virus through society at an acceptable level will simply lead to repeated lockdown-and-release cycles. This is because of the infectiousness of this virus and the associated high hospitalisation rate of Covid-19 patients, which puts strain on health services, health staff and resources, and forces governments into crude and reactive harsh measures to curtail further spread and stay within health service capacity. We are already seeing the start of these cycles.

What about just lifting all restrictions and letting the virus go uncontrolled quickly through the population? Some might see this as an acceptable cost-benefit calculation: “life back to normal” for millions – especially younger and healthier people – at the cost of the deaths of thousands. Not only is this approach unethical and immoral, it would take us down a dangerous path. If the virus were allowed to spread freely, health services would be likely to collapse under pressure, leading to widespread panic and uncertainty. Far from saving the economy by lifting the existing restrictions, this would end up damaging the economy more; people would probably come to fear the consequences of participating in social and economic activities as they witnessed the effects of coronavirus and failing health services on members of their family, friends and neighbours.

The best option, for the health of people and that of the economy, is to pursue a “maximum suppression” approach, which means pushing numbers low enough to avoid a repeated cycle of lockdowns. Crucially, this doesn’t mean an actual lockdown, but a strategy similar to that seen in east Asian and Pacific countries: stronger border measures to prevent reimportation of the virus, good guidance to the public about how to avoid crowded settings and, most importantly, a robust system of testing, tracing and isolating. This would include financial support, generously paying those who test positive with the virus to stay at home.

The UK was in a good position to pursue this in late June, given low prevalence, but failed to form a strategy to maintain low numbers and protect against reinfections. Rather than acting alone, the UK needs to partner with its neighbours in Europe to agree a common regional approach. African countries have worked well regionally, as have those in east Asia and the Pacific. A cooperative strategy seems like a distant possibility now, but with a truly hard winter ahead for Europe, it may become more feasible in the spring when countries realise that the only way forward is together, and an elimination strategy (stop community transmission within national borders) is the least-worst path through this crisis for their economies and societies.

Small shifts by each of us can make a huge collective impact. We haven’t been distancing or wearing masks because the government tells us to, but because we care for our families, friends and communities. Caring means we focus on all the things we can do safely instead of fixating on what we can’t.

As countries have painfully learned, it is easy to underestimate Covid-19. This is a dangerous virus precisely because one person’s death sentence can cause absolutely no symptoms in someone else. The entire world has changed because of it. We can either mourn the past or look forward to creating new systems, business models, relationships and routines.

How can we build a safer, healthier world for all? How can we make changes in our lives to support this? And what kind of leadership do we need in the next pandemic? Integrity, competence, kindness, compassion, empathy, vision and hard work: these seem to be the core traits of the leaders who have won the trust of their populations and led their countries effectively through this crisis.