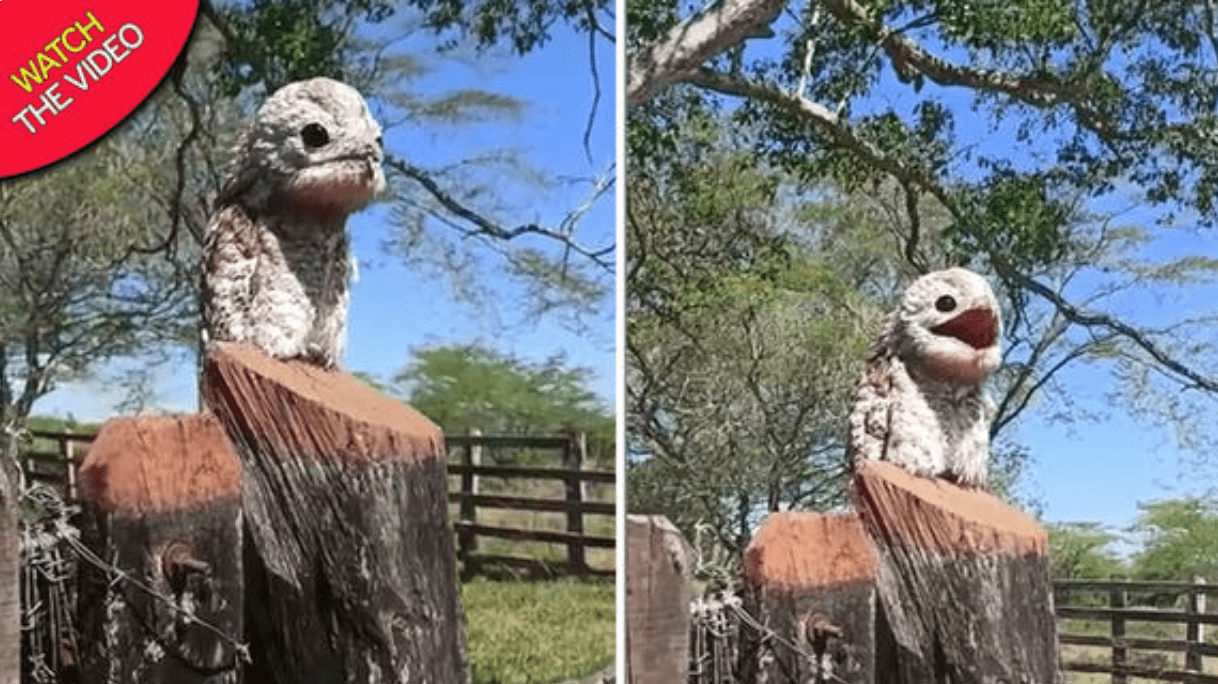 This is the moment a terrifying ‘ghost-bird’ spooks a woman with its gigantic features – after she mistook the weird creature for a strange-looking piece of wood.

Video footage of the bizarre looking bird shows it sitting quietly on top of a fence post.

It barely moves, that is, until the woman gets a little too close for comfort.

The woman said she began filming after noticing the piece of ‘wood’ had opened its eyes.

The clip then shows the bird becoming more wary as she approaches.

Feathers on its back appear to stand up on end.

But it’s only when the bird opens its gigantic mouth that you see how truly bizarre it looks.

It’s at this point that the woman jumps back in shock.

The bird is actually a great potoo, a nocturnal species which preys on large insects and small vertebrates.

Its most well known characteristic is the growling, moaning cry it makes throughout the night.

The great potoo is usually found in a forest habitat in South America.

In this case, the woman filmed it sitting on top of a fence post at a farm in Chibolo, Colombia.

According to the Mail, the woman said: “The first time I saw him I thought it was a stick but he moved and I approached him.

“The bird opened its eyes and mouth and scared me a lot but being so strange I decided to take pictures and record videos. When I got closer I raised my hand, and he opened his mouth in reply.”

It comes as another woman told earlier this week how ‘woke with a start’ after realising that a “brazen” badger had walked into the bedroom during the night.

Zoe and her husband Bruce Henderson had previously investigated a disturbance in their kitchen after waking up to banging – but the case was left unsolved as a dark shape quickly exited through the cat flap.