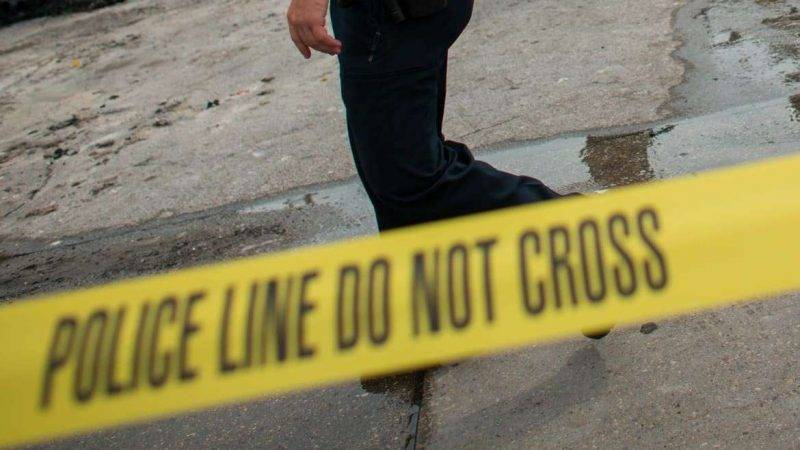 An Indianapolis teenager accused of killing six family members over the weekend reportedly began the grisly attack after his father yelled at him for leaving the house without permission, according to police and people close to the family.

The Indianapolis Metropolitan Police Department on Monday announced the arrest of a 17-year-old boy in connection with the Sunday murder of five people, including a pregnant woman whose unborn baby also died. Investigators were led to the crime scene at around 4 a.m. after a boy was found with a gunshot wound just steps away from the house.

“I’m still tryna wrap my mind around this whole thing,” Nikki Smith, a childhood friend of Kezzie Child, told The Daily Beast. “This doesn’t make any sense! I can’t even imagine who would do such a horrible thing.”

Authorities have identified those killed as Kezzie Childs, 42; Raymond Childs, 42; Elijah Childs, 18; Rita Childs, 13; and Kiara Hawkins, 19. Hawkins’ unborn baby boy also died. Hawkins was taken to a local hospital in an attempt to save her and her child but all six were pronounced dead Sunday morning.

The name and photo of the 17-year-old suspect haven’t been released because he is a minor but an IMPD spokeswoman said the suspect is not the same juvenile who was found wounded on Sunday.

Local outlets Fox59, WRTV, and WISH-TV reported that the arrested teenager was Raymond Childs’ son. According to a police report obtained by Fox59, the teen’s younger brother is the wounded boy authorities first found.

When police interviewed the boy at the hospital, he reportedly told them that his older brother had been punished by his father for leaving the house without permission, Fox59 reports. The reprimand reportedly enraged the teen.

The younger brother said that he was with his parents downstairs when they heard gunshots and his sister screaming.

“He shot them,” his sister screamed out before several more gunshots rang out, according to the wounded boy. The police report states the 17-year-old then “came down the stairs with a Draco gun, a handgun that shoots rifle rounds, and started shooting.”

The wounded brother said he was able to escape out the side door of their home—which prompted his older brother to chase after him and begin to fire his weapon. Police have previously said that several neighbors heard gunfire early Sunday morning.

“Yesterday, we promised swift justice for this heinous act. Today, we delivered on that promise,” IMPD Chief Randal Taylor said in a Monday statement. “While removing the alleged perpetrator of yesterday’s mass murder from our neighborhoods does not bring back the lives senselessly lost, hopefully, it will bring us one step closer to healing as a community. I ask community members to join me in praying for the continued recovery of the young man whose life has been forever changed.”

Friends of the family have expressed their shock and outrage on social media, and started a GoFundMe in the Childs’ honor.

“My heart is saddened to hear about the loss of Kezzie Childs and her family. This world is so cruel. This is horrible!! Prayers to her family!!,” one friend wrote in a Facebook post.