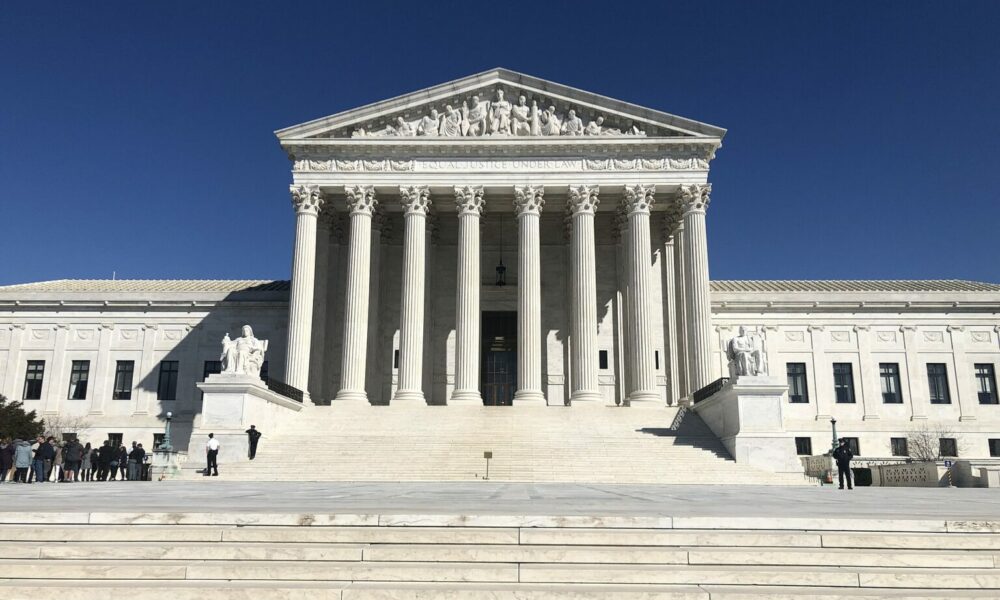 On Monday, the U.S. Supreme Court on Monday rejected a case made by Republican state officials that would help restore the Trump-era immigration policy that banned immigrants from being allowed to access government benefits of lawful permanent residency.

The appeal had been filed by 14 Republican state attorneys general and was led by Ken Paxton of Texas. A lower court had previously ruled against them in the case saying that there was no legal defense of Trump’s “public charge” rule as President Biden had rescinded the measure altogether.

In 2019, the Trump administration opted to expand the definition of “public charges” which would alter who was eligible to receive legal U.S. permanent residency or green cards. With the new restrictions, immigrants would also not be able to gain government benefits like Medicaid, or food stamps for more than 12 months within any three-year period.

A federal judge in Illinois had originally vacated the rule and also rejected the Republicans’ attempt to intervene. The judge had pointed out that the state officials had filed their request too late. In the case brought forth to the Chicago-based 7th U.S. Circuit Court of Appeals, the judges once again agreed with the previous ruling.

However, Republican officials have maintained that they should be allowed to defend Trump’s rule as it could save their states a collective $1 billion annually.