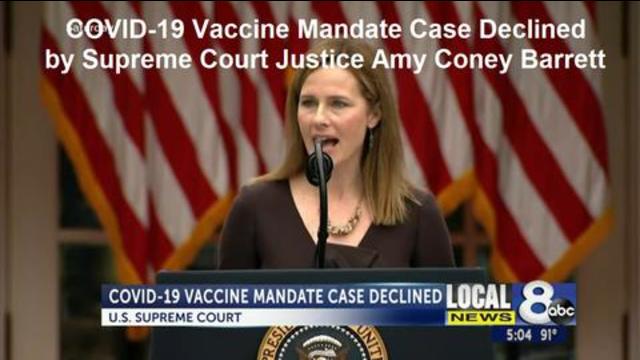 Outrage Erupts Against Justice Amy Coney Barrett Over Vaccine Mandate Decision
Many on the right raged against former President Donald Trump’s last appointment to the Supreme Court after a decision was handed down tacitly endorsing vaccine mandates. Justice Amy Coney Barrett has jurisdiction over the appeals court where a group of students sued to block a vaccine mandate at Indiana University. On Thursday, Barrett denied the request to be taken up by the Supreme Court. She offered no reasoning for denying the request and acted alone. The decision was seen as a sign that court might uphold challenges to other vaccinate mandates in the future.
by Carlos Garcia