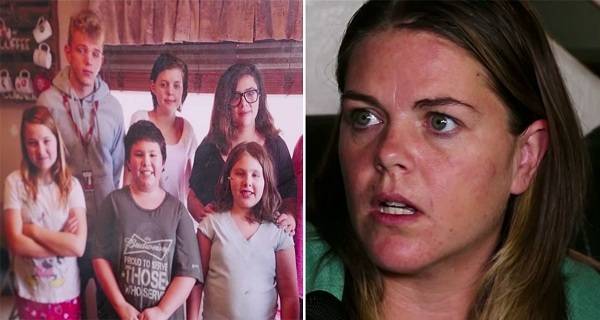 It’s not hard to imagine that raising five children isn’t easy. But think about how much harder it would be to take on three more. For the mother of five Tisha, the hard work was never an obstacle. When her neighbor lost a battle with cancer, Tisha couldn’t let the woman’s three kids be placed in foster care—so she decided to adopt them.

Although Tisha and her husband’s house was already full of children, Tisha opened her home because she believes that all children deserve love and security. But what she didn’t know was that someone noticed her kindness. And a little while later, Tisha returned home to see it completely transformed.

When Fox5 asked the mother of five Tisha why she chose to adopt three children from someone she didn’t know very well, she replied, “Because they’re kids. I had to go into foster care, and I don’t want to ever have to deal with anything I had to deal with as a child. Because children deserve to be children. They’ve been through too much. They deserve a loving family and a place to call home.”

Tisha and her husband already had five children, and it wasn’t easy to make room in the house for three more. But still, she opened her home and did what she could so the children would have a safe place to stay.

Because of the limited space, however, several kids had to share a room, and Tisha’s 17-year-old had to sleep in an open area next to the kitchen. But the family lived in close quarters and Tisha didn’t complain. The only thing she did mention was that she’d like to put up a wall between the children’s room so they don’t have to step over each other.

However, if you do good things, good things will happen—at least if you believe the adage. Someone heard Tisha’s story, and shortly after, Fox’s Suprise Squad knocked on Tisha’s door. When they told her that they’d help her put up a wall, she burst into tears of joy. But what they didn’t tell Tisha was that while the family was away, the renovation team would do much more than than just put up a wall.

In just three or four days, the team did a renovation that would normally take six weeks. They fixed the driveway and yard, changed the carpets and brought in all new furniture. The result? A new home for all of the children.