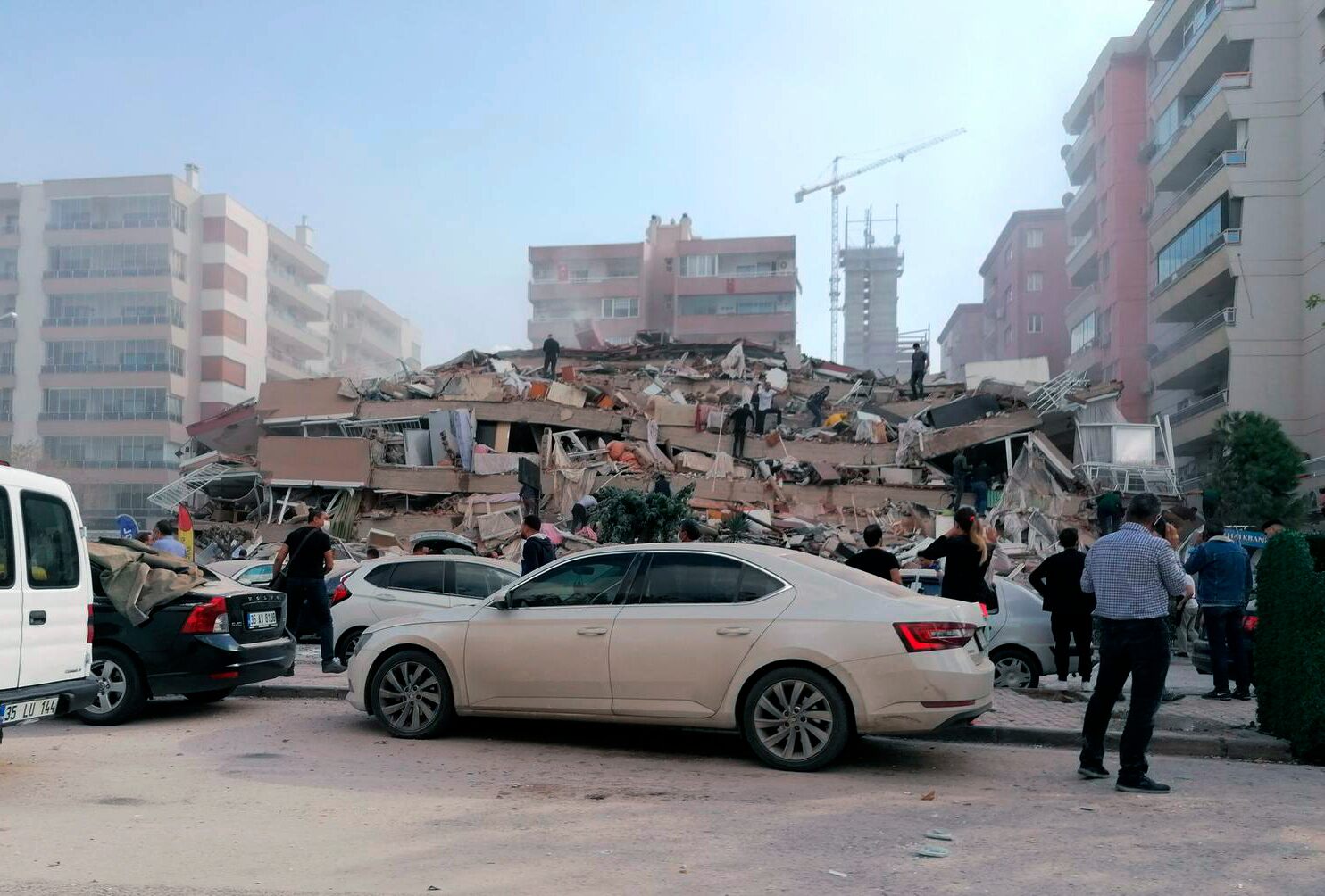 ISTANBUL (AP) – A strong earthquake in the Aegean Sea has shaken Turkey and Greece. Several buildings were wrecked in Turkey’s western Izmir province, according to officials, but there was no immediate information on casualties.

Turkey’s Disaster and Emergency Management Presidency said Friday’s earthquake was centered in the Aegean at a depth of 16,5 kilometers (10.3 miles) and registered at a 6.6 magnitude. The emergency authority said it sent search and rescue teams to Izmir.

The European-Mediterranean Seismological Centre said the quake had a preliminary magnitude of 6.9, with an epicenter 13 kilometers (8 miles) north northeast of the Greek island of Samos.

The United States Geological Survey put the magnitude at 7.0.

Izmir mayor Tunc Soyer told CNN Turk that about 20 buildings collapsed. The city is the third biggest in Turkey with about 4.5 million residents. Turkey’s interior minister tweeted six buildings in Izmir were destroyed. He said there were small cracks in some buildings in six other provinces.

Izmir’s governor said there was no immediate information on casualties.

Turkish media said the earthquake was felt across the regions of Aegean and Marmara, including Istanbul. Istanbul’s governor said there were no reports of damage in the city.

The quake was felt across the eastern Greek islands and even in the Greek capital Athens. Greek media said the residents of Samos and other islands fled their homes, while some rockfalls were reported. There were no immediate reports of injuries.

Turkey and Greece reported aftershocks. The quake was also felt in Bulgaria.

Greek seismologist Efthymios Lekkas told Greek state television ERT that it was still too early to say whether this was the main earthquake, although he said it was likely it was.

“It is an event that is evolving,” Lekkas said, adding that some damage had been reported in parts of Samos.

A tsunami warning was issued, with residents of the Samos area told to stay away from the coastline. Water rose above the dock in the main harbor of Samos and flooded the street.

The regional governor of the Samos region, Yiannis Stamoulis, said no injuries had been reported on the island. Residents have also been told to stay away from buildings, as aftershocks continued to rattle the area.