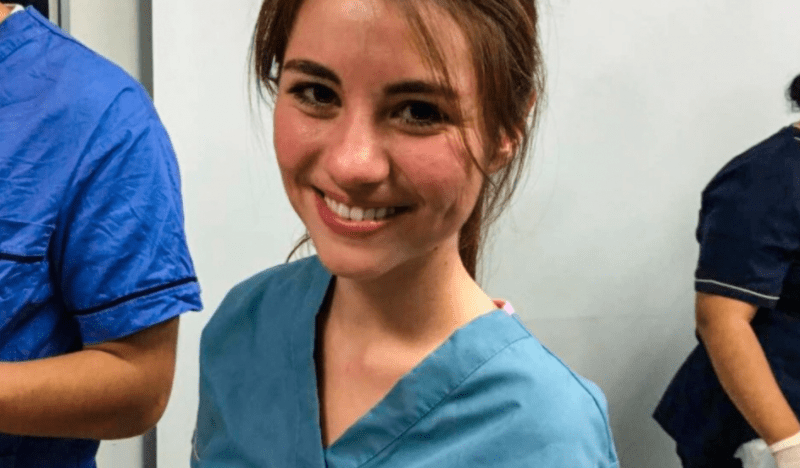 Mariana Sanchez Davalos, 24, was reportedly sexually assaulted a few weeks before she died

A highly promising Mexican medical student was found strangled to death in her home last week after having reported suffering a sexual assault to the local police and requesting — in vain — that she continue her education at a different teaching hospital, The U.S. Sun reports.

Mariana Sanchez Davalos, 24, was a medical student at the National Autonomous University of Chiapas, working and studying in Ocosingo, Mexico, before she was found strangled to death on January 28.

Mexican authorities conducted an autopsy on the medical student and concluded that she died by strangulation.

Her previous report of sexual assault notwithstanding, the coroner found no evidence that violence or sexual abuse was connected to her death.

Local media reported that Davalos had reported a sexual assault by a member of the local community to police several weeks before her murder, yet the case was never investigated.

A few weeks before she was strangled to death, the Mexican medical student asked the National Autonomous University to transfer her to another medical facility.

The school granted Davalos a month of leave — without pay — but otherwise ignored her request, according to reports.

At this point, it remains unclear whether the medical student found strangled to death actually told her Mexican medical school that she had been sexually assaulted.

News.com.au reports that the weeks leading up to her death were especially trying for Davalos.

Her friends said the physical and emotional toll of the alleged sexual assault as well as surviving for 10 days without an income sent Ms Davalos into a depressive spiral.

The Mexican medical student’s death by strangulation has reportedly galvanized her peers.

A mass of medical students protested in front of the Mexican university and demanded an inquest into why Davalos’ pleas for protection went unheeded during the weeks leading up to her strangulation death.

The Mexican Ministry of Health joined in with this chorus of disapproval, expressing “indignation” over the strangulation death of the medical student.

“Sexual harassment and sexual harassment are unacceptable behaviours that seriously harm people’s dignity, and girls, adolescents and women are the most affected,” Mexican Health Secretary Jorge Alcocer Varela wrote, according to The U.S. Sun.

There have been no reports as of yet that the Mexican police have a suspect in the tragic strangulation murder of the medical student.

In the online sphere, the hashtag #JusticiaParaMariana has emerged as a rallying cry in the wake of Davalos’ demise.

“A medical student should only focus on learning, not having to worry for his/her safety. A safe work environment is needed ALWAYS,” one individual tweeted about the Mexican medical student’s death by strangulation, news.com.au reports.

“Mariana’s case could have been prevented. Authorities need to listen and take action.”

Female rights campaigners the Mujeres de la Sal collective called on the Governor to spearhead the investigation. “We demand that the Governor of Chiapas take action on the matter and punish according to the law the persons who ignored Mariana’s request and a history of sexual assault,” they said.