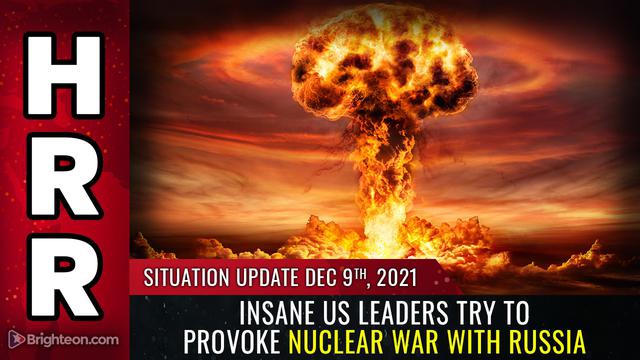 Throughout the Cold War, the United States and the USSR stared each other down with tens of thousands of nuclear weapons.

At the time, it wasn’t clear whose systems were better; while Russia claimed a numerical advantage, top U.S. military and Defense Department officials believed that America had a technological advantage, along with a massive nuclear arsenal as well.

But of course, there were never any nuclear exchanges. Both countries operated under a doctrine known as “MAD” — mutually assured destruction — because Moscow and Washington both possessed a “second-strike” capability. The U.S. and the USSR both possessed land, air, and sea-based nuclear strike platforms, with the seaborne leg via nuclear missile-armed submarines playing the key role of second strike since those were difficult if not impossible to detect.

At the end of the Cold War, the USSR dissolved, and the Russian military fell into a state of multi-year decline. The U.S. military did not; in fact, the U.S. military, which took huge leaps forward in the years before the USSR fell apart during the Reagan administration had invested heavily in futuristic platforms including the stealthy B-1 and B-2 bombers and the now-retired F-111 fighter/bombers; newer missiles, better naval war fighting systems, and so forth.

But one thing the U.S. did not do was invest much in its nuclear arsenal; by comparison, in recent years, the Russians did. And so did the Chinese.

Now, both rivals field nuclear arsenals and delivery systems that are nearly on par with those field by the Pentagon, and that means nuclear war is far more likely now than at any time in decades, according to the chief of the U.S. Strategic Command, which is responsible for our nuclear forces and responses.

In a column for “Proceedings,” the magazine of the U.S. Naval Institute, Adm. Charles Richard wrote there is a “real possibility” for a regional crisis between either Russia or China that “could escalate quickly to a conflict involving nuclear weapons, if they perceived a conventional loss would threaten the regime or state.

“Consequently, the U.S. military must shift its principal assumption from ‘nuclear employment is not possible’ to ‘nuclear employment is a very real possibility,’ and act to meet and deter that reality,” he wrote. “We cannot approach nuclear deterrence the same way. It must be tailored and evolved for the dynamic environment we face.”

As such, the Defense Department should “establish unity” to deal with “Russian and Chinese aggression, while understanding they require different deterrence approaches, and incorporating that thinking into professional military education at the earliest opportunity.”

While the U.S. has been slow to modernize its nuclear arsenal, Russia and China have invested more heavily and now threaten to “escalate past us,” Richard added.

“Until we, as a [Defense] Department, come to understand, if not accept, what we are facing and what should be done about it, we run the risk of developing plans we cannot execute and procuring capabilities that will not deliver desired outcomes,” Richard argued. “In the absence of change, we are on the path, once again, to prepare for the conflict we prefer, instead of one we are likely to face.”

In an interview with the Washington Times, the four-star admiral said that the U.S. is likely to face “two nuclear-capable peers by the end of this decade.”

“We’ve assumed strategic deterrence will hold in the future, but as the threat environment changes, this may not be the case,” he explained. “We need to be ready to respond to cross-domain threats to ensure the security of our nation and allies by thinking holistically about strategic deterrence in the 21st century.”

In recent days, the Biden administration agreed to extend the New START agreement — which limits the amount of nuclear warheads each side can maintain — with Russia.