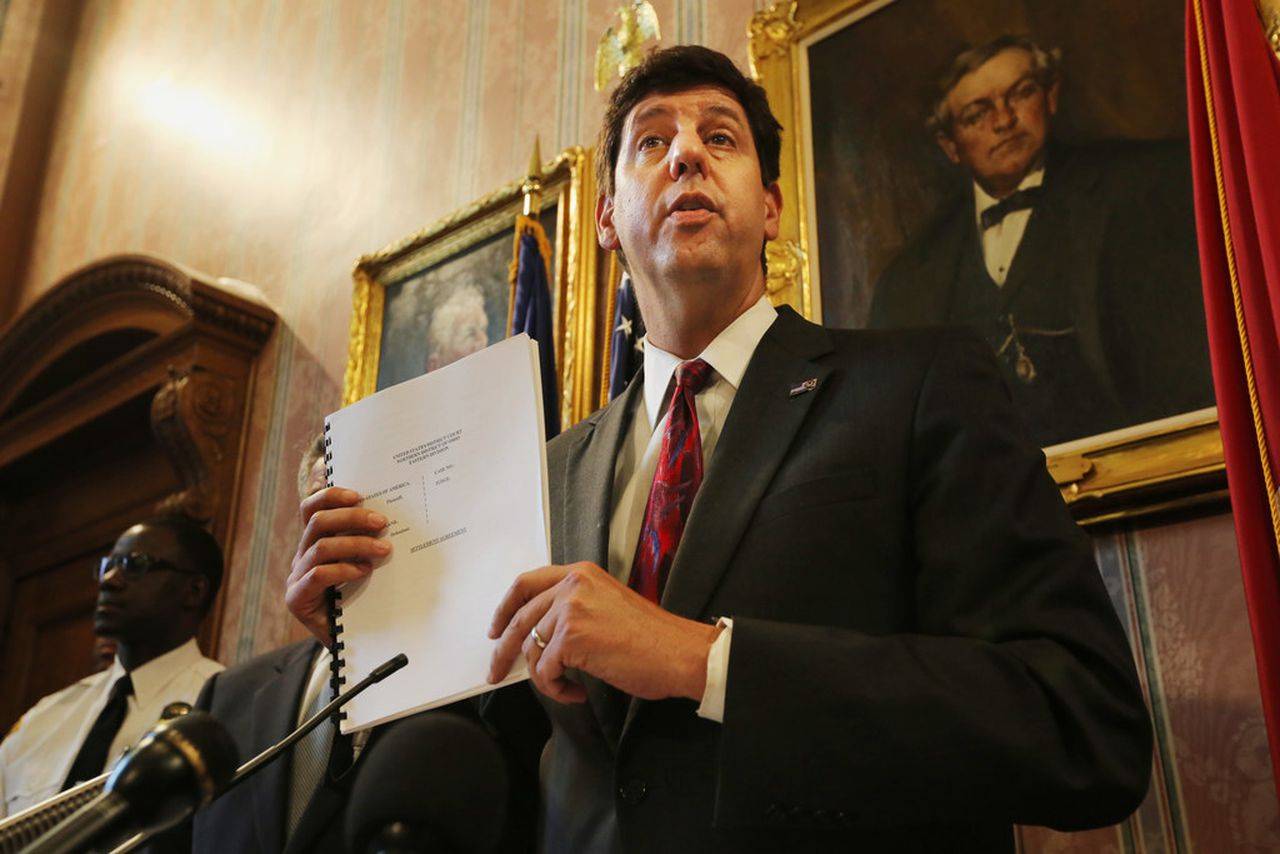 CLEVELAND, Ohio — U.S. Sen. Sherrod Brown will open the process of choosing the next U.S. attorney for northern Ohio, a move that seemed unlikely weeks ago when it appeared that Steven Dettelbach would return to the position.

The decision comes amid growing pressure on Brown from civil rights advocates, including Tamir Rice’s mother, who have pushed for a fair review in choosing the next federal prosecutor. Some have urged Brown to consider a Black candidate for the position.

Dettelbach served as the federal prosecutor from September 2009 to January 2016. With the Biden administration replacing former President Trump’s appointees, Dettelbach said he is again seeking the position. As a Democratic senator, Brown would make the recommendation to Biden. The president has sought to find candidates with untraditional legal experience, including those from civil rights firms and public defenders.

A spokeswoman for Brown’s office said the senator did speak with Dettelbach about returning to the position, “since [Dettelbach] knew the job well and could easily transition back into the role.”

But in recent weeks, critics have questioned the fairness of selecting a federal prosecutor without an open process that would allow candidates from different backgrounds to seek the job. For instance, the Norman S. Minor Bar Association, an African-American legal society, urged Brown to consider a Black candidate.

“After conversations with different groups around the state, Senator Brown decided it was best to move forward with the regular selection process, which includes a panel of experts that reviews applications, interviews candidates and makes a recommendation,” Trudy Perkins, Brown’s communications director, said Thursday.

Samaria Rice, whose 12-year-old son, Tamir, was killed by police in 2014, said she spoke with Brown earlier this week. She said she told him that residents wanted an open process, not “a white, political insider.” Rice said Brown told her that he already had recommended Dettelbach to Biden’s office.

It angered her because she believes U.S. attorneys need to do more to help residents with their lives, including dealing with policing issues. She also said she wants someone with “fresh eyes to look” at the investigation of her son’s death.

Perkins stressed Thursday that a decision had not been made. In January, Brown issued a call for applicants for the top federal prosecutor of southern Ohio. A similar call was not made for northern Ohio.

Perkins said one would go out Friday.

“It’s a start,” Rice said, when learning of Brown’s push to open the process. “Let’s see how it goes.”

The Norman S. Minor Bar Association wrote to Brown earlier this month, asking him to recommend a Black candidate for the position. In its letter, it says that there are 93 U.S. attorneys across the country. Only two are Black.

Dettelbach returned to the law firm of BakerHostetler after he left the U.S. Attorney’s Office and resumed his white-collar defense practice. In 2018, he ran for Ohio Attorney General, a race he lost to Dave Yost. Dettelbach has represented Cuyahoga County Executive Armond Budish amid investigations of the county jail.

In recent weeks, however, he has begun removing himself from criminal cases. Last week, he filed a notice in U.S. District Court in Cleveland that he would withdraw from representing a Florida businessman accused of securities fraud.

“I’m interested in the job,” he said of the federal position. “I’m excited to participate in the process. Being the U.S. Attorney in the Obama administration was the greatest privilege of my life.”

Based on his experience, he said, he would be able to “hit the ground running on Day 1.”

As a federal prosecutor, Dettelbach made his name pushing civil rights cases. He led the Justice Department’s role in the 2015 consent decree to monitor and reform Cleveland police. He said he was pleased with his hiring record as he pushed to make the office mirror the communities it serves.

Rice, however, said she doesn’t believe the decree went far enough in dealing with Cleveland police, and she cited her son’s case as one that deserves more investigation.

In late December, in the waning days of the Trump administration, the Justice Department released a report that closed the investigation into Tamir’s death without charging the Cleveland officers involved in the case. Officer Timothy Loehmann shot the boy as he played with an airsoft pellet gun at the Cudell Recreation Center.

“The government must prove beyond a reasonable doubt that the officers acted willfully,” the report on the boy’s death says.

“This high legal standard, one of the highest standards of intent imposed by law, requires proof that the officer acted with the specific intent to do something the law forbids. It is not enough to show that the officer made a mistake, acted negligently, acted by accident or mistake, or even exercised bad judgment. Although Tamir Rice’s death is tragic, the evidence does not meet these substantial evidentiary requirements.”