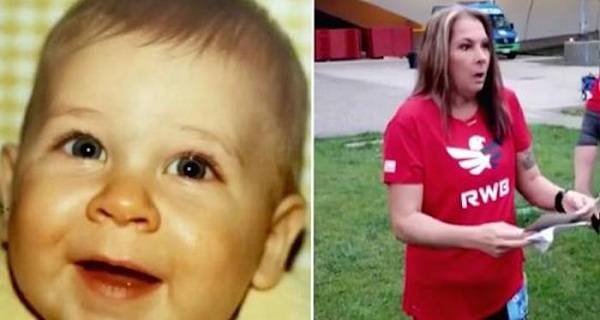 Pregnancy can be a scary thing at times. There are so many factors that are taken into consideration when it comes to having a baby. It is also incredibly time-consuming and costly to raise a child. Being 15 years old has its struggles. Awkward times indeed. School, drama, family, friends, and more dictate the lives of many fifteen-year-olds. What could get more complicated than that? Being fifteen and pregnant sure isn’t easy peasy lemon squeezy. Most women decide one of three things when a situation like that happens.

Option one is to have a termination. Depending on where a woman lives and what her values are this may not be an option for some women. Another option is to keep the baby and raise it.

The last option is for a woman to give her child away for adoption. Stacey Faix was fifteen when she was pregnant. Just like most teens in that situation, she was unprepared and didn’t know what to do. Ultimately, she made the painful decision to put her son up for adoption. She never even got to hold him. She didn’t have a chance at finding him ever again. With so many babies’ records, she had no idea how to track him. She never thought she would see her biological son ever again.

And it’s true, she didn’t Until 35 years later.

In November 2017, legislation passed a law that allows adoptees to know who their birth parents are. Stacey was preparing to participate in the Pittsburgh Half Marathon. Right before the race kicked off, she was handed a mysterious letter. Confused as to why she was getting letters at the starting line of a marathon, she opened it up. It said, “It’s been 13,075 days since you last saw me. I didn’t want to make you wait for one more.”

Stacey realized almost immediately what the letter meant. She ran to her son and they embraced for the first time in over 35 years.