When Katie and Josh Butler went in for an ultrasound at 20 weeks, it was discovered that there was something wrong. Doctors couldn’t pin point exactly what the problem was, but they knew all wasn’t right.

And so began their journey … one that would have many peaks and valleys and unexpected twists and turns.

After Katie and Josh Butler’s baby, Dewey, was born, he was rushed to the NICU in a bid to save his life. Tragically, the doctors could not save him; Dewey passed away after 132 days of fighting. His young tiny heart could not take the physical strain brought about by an attempt to surgically fit him with a feeding tube.

Katie and Josh’s world ended. They were beyond devastated. They’d been confident that Dewey could succeed in his battle against adversity, and so it was shock when he stopped fighting and passed away. 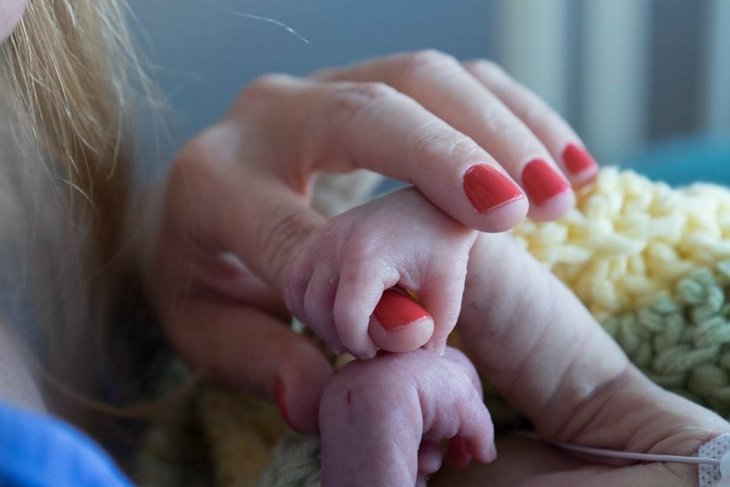 “I felt so guilty for thinking of this but there was also a sense of relief, he was finally healed and I know I’ll see him again,” Katie told Caters News Agency.

The parents turned to God to help them through their emotional trials. It was when Katie and Josh were in the process of celebrating the life of their precious Dewey that a miracle occurred.

One of the nurses in NICU called to let them know there was a baby on the 5th floor of the hospital who needed a mom and dad. The boy, named Brax, had multiple health conditions that kept his family from being able to care for him.

Katie and Josh didn’t know what to expect, but four days later they met the sweet little boy. Brax had been prematurely born at 27 weeks. At 11-months-old, he had never left hospital, and had chronic respiratory failure, pulmonary hypertension and was trach-vent dependent. Katie and Josh were told, however, there was a chance he might improve with age.

There was no question as to what the couple would do next. They took Brax home and fostered him. Then, when they were eligible, a few months later, they officially adopted him. 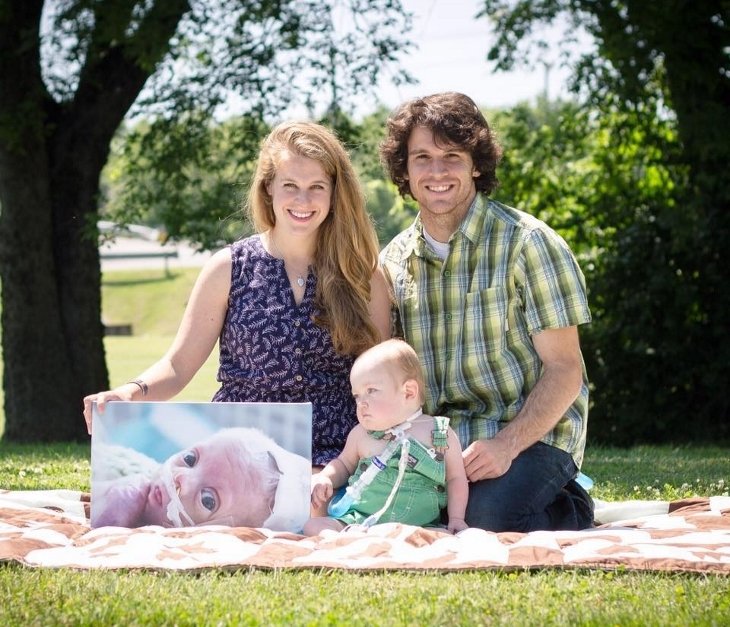 “Once we brought him home, his health started to improve. He still needs oxygen but his movement and feeding has improved so much. He knows us and he smiles at us and can identify us. Our family has really taken to him. We have all this love because of Dewey and want to pour this love into Brax.”

Josh went on to become a contestant on the show ‘America Ninja Warrior’ and share his family’s story with everyone. Watch below as they talk about his family’s inspiring journey.