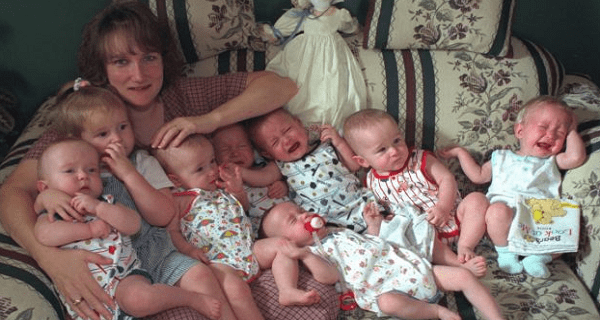 The year was 1997, when Bobbi McCaughey gave birth to seven children. Because they all survived, they were the world’s first known surviving septuplets, and since then, they were followed and filmed because of their miraculous story.

A little bit later, more exactly, 18 years later, The Today Show caught up with this amazing family in a very touching interview. They get to tell about their journey, and how it’s like to be a septuplets. Kenny talks about how he wanted to keep his kids away from the public life so they can have a normal life. And it seems like Bobbi and Kenny did an excellent job raising this seven amazing kids! Watch this emotional interview right here: