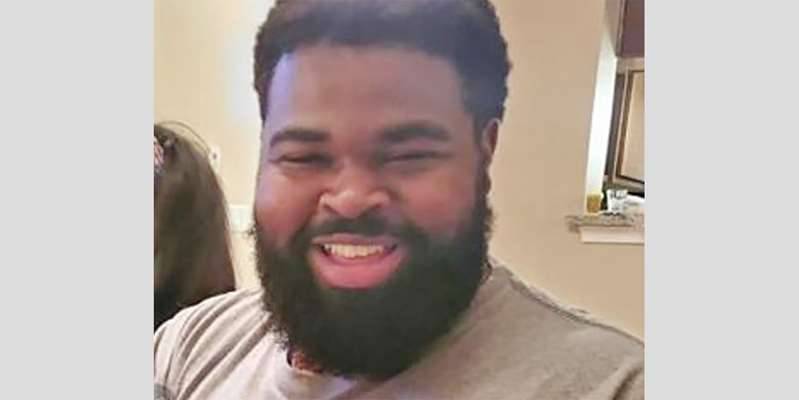 “Although the Texas Rangers’ comprehensive criminal investigation into the death of Marvin D. Scott III continues, I have today terminated the employment of seven detention officers involved in his tragic death and have been notified of the resignation of an eighth officer who was under investigation,” Collin County Sheriff Jim Skinner said in a statement. “Evidence I have seen confirms that these detention officers violated well-established Sheriff’s Office policies and procedures. Everyone in Collin County deserves safe and fair treatment, including those in custody at our jail. I will not tolerate less.”

Allen police arrested Scott, of Frisco, Texas, on March 14 at the Allen Premium Outlets on a charge of possession of fewer than two ounces of marijuana, which is a misdemeanor, according to Collin County sheriff’s Capt. Nick Bristow.

Officers who responded to a disturbance call at the outlet mall noticed Scott was “acting in an erratic manner and were concerned for his safety due to the possible ingestion of drugs,” the Allen Police Department said in a statement.

They called for assistance from paramedics, and Scott was brought to the Texas Health Presbyterian Hospital Allen, where he stayed in the emergency room for about three hours, according to police. After his release, he was processed at the Allen Police Headquarters holding facility and transferred to the Collin County Sheriff’s Office.

While in custody on the same day as his arrest and hospital stay, Scott started to act strangely, Bristow said. Detention officers secured him to a restraint bed before pepper-spraying him and attaching a spit mask to his face, according to the sherrif’s office. Scott eventually became unresponsive and was taken back to the hospital, where he was pronounced dead.

Scott’s death led to protests outside the Collin County Jail.

An independent autopsy found Scott’s death was likely caused by restraint and asphyxiation, NBC Dallas-Fort Worth reported. The news station did not identify the entity that conducted the independent autopsy. The Collin County Medical Examiner is expected to release its autopsy in a few weeks.

Allen Police Chief Brian Harvey said he had met with Scott’s family to express his condolences.

“When I asked how I could describe their son to our department and the Allen community, I learned that Marvin was a straight A student, a football player and generous to everyone around him,” Harvey said. “We offer our sincere sympathy to Mr. Scott’s parents, Marvin and LaSandra, and the rest of his family and friends during this difficult time.”

LaSandra Scott told NBC Dallas-Fort Worth that her son was diagnosed with schizophrenia two years ago, but he hadn’t had an episode in about a year.

“When we got him OK with his medication, he was starting to take them and fell off and felt like if he would use marijuana, it would benefit him more,” LaSandra Scott said.

Civil rights lawyer Lee Merritt, who is representing the family, said that in previous interactions with police, Scott was taken to a mental health facility.

Scott’s family is calling for the arrest of the officers involved.