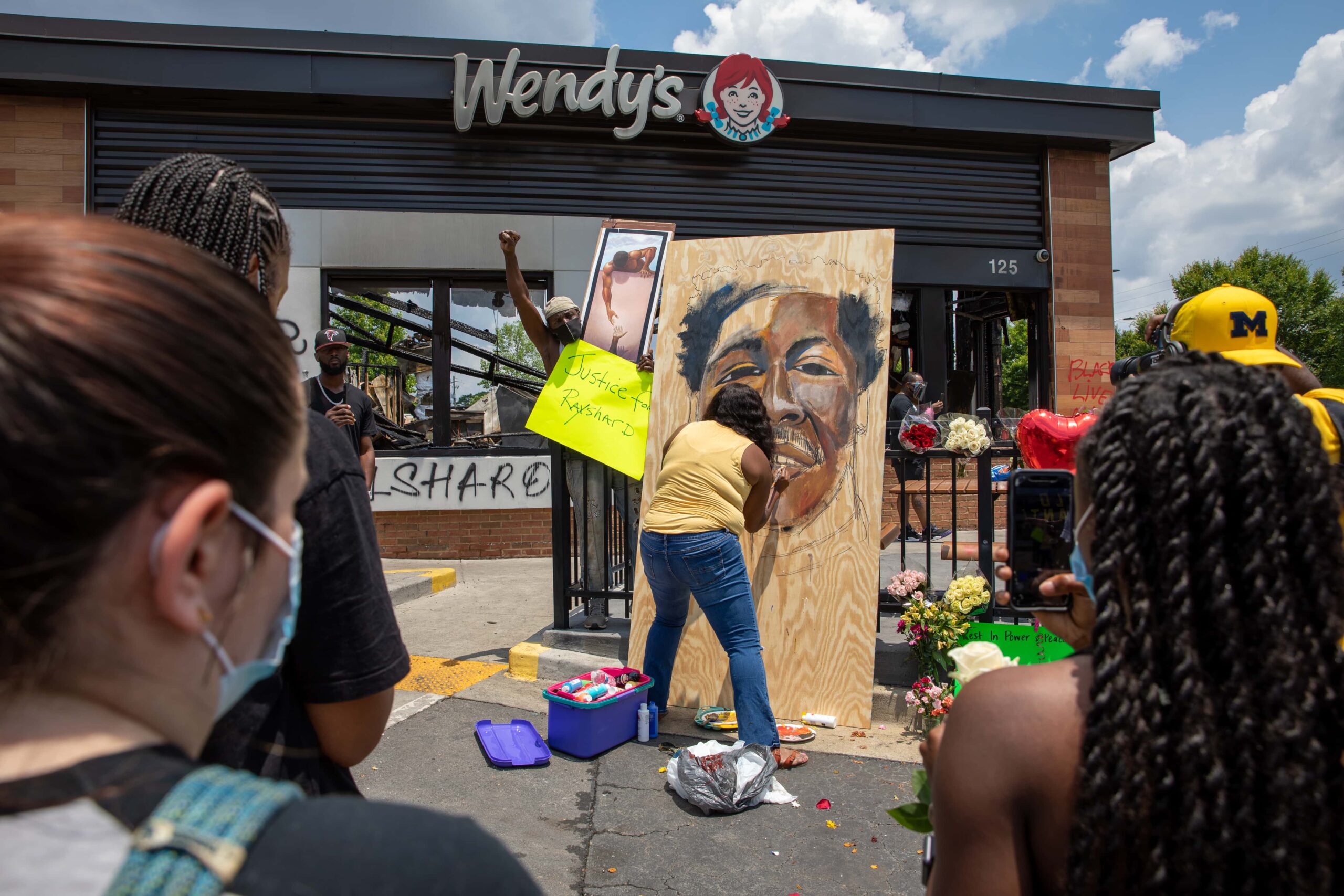 ATLANTA, GEORGIA: The family of an eight-year-old girl from Georgia, Secoriea Turner, who was fatally shot near a Wendy’s restaurant in Atlanta, is suing the city of Atlanta for $16 million. The family has claimed that Secoriea was killed “after the mayor failed to move armed BLM protesters,” from the site where Rayshard Brooks was killed by a police officer. The girl was sitting in her parent’s car when a gunfire exchange resulted in a bullet striking Secoriea and killing her on July 4, 2020.

According to a notice of intent to sue, obtained by Fox 5 Atlanta, the slain girl’s family has blamed her death on the city’s mayor and other leaders. “Mayor Bottoms and other city leaders were aware that there had been multiple shootings and assaults in the University Avenue area and that armed persons staffing the makeshift barricade were responsible for most of those acts of violence,” the document stated.

“Mayor Bottoms and the City officials turned a blind eye and allowed lawlessness, vigilantism, and violence to erode and disrupt the area surrounding the Wendy’s at 125 University Ave. Instead, City officials failed to protect their community, and it was their blatant disregard for the safety and well-being of the City’s inhabitants that led to the shooting death of Secoriea, which was foreseeable and avoidable,” it added. The document also mentioned interim Atlanta Police Chief Rodney Bryant and Atlanta City Council member Joyce Sheperd.

The city leaders reportedly have 30 days to resolve Secoriea’s case before they move forward with legal proceedings, the outlet was told. The family, according to the filings is seeking $12 million in damages from the city in Secoriea’s death. The family is also seeking an additional $ 4 million for property damage and injuries obtained by the child’s mother and her mother’s boyfriend.

Secoriea, on July 4, was with her mother and a friend in the car when the driver attempted to enter an entrance with illegally-placed barricades. The barricades were just two doors down from where Rayshard Brooks was killed by a police officer on June 12, resulting in widespread protests in the region. During the protests, someone opened fire on the vehicle, striking Secoriea and injuring two others. The child was rushed to Atlanta Medical Center. However, she did not survive.

The suspect in the death of the little girl, 19-year-old Julian Conley, initially denied being involved in the murder. However, he later turned himself in nearly two weeks after the shooting. Conley has been charged with felony murder and aggravated assault in the shooting. Conley’s attorney, Jackie Patterson, has said that his client was peacefully protesting and witnessed the shooting, but, he did not open fire. The attorney added that Conley was armed at the time.

Atlanta Mayor Keisha Lance Bottoms, after Secoriea’s death, released a statement, saying: “You can’t blame this on a police officer. You can’t say this about criminal justice reform. We have talked about this movement that is happening across America at this moment in time when we have the ears and the interest of people across this country and across this globe who are saying they want to see change. We’re fighting the enemy within when we are shooting each other up in our streets.”

“An eight-year-old girl was killed last night because her mother was riding down the street. If Secoriea was not safe last night, none of us are safe,” the mayor had added.