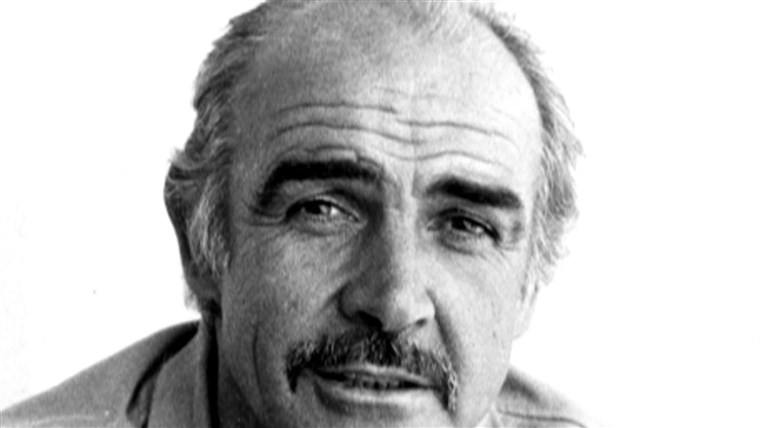 Sean Connery, the Scottish actor who earned his license to thrill as the original on-screen James Bond and then spent the rest of his career trying to make audiences forget that role, died Saturday, the official James Bond account on Twitter confirmed.

Born on Aug. 25, 1930, in Edinburgh to a mother, Euphemia McBain, who toiled as a cleaning lady, and a father, Joseph, who plugged away in a factory, Connery seemed destined for a far less glamorous life than the one he would later enjoy as one of the most popular leading men of his generation. Indeed, after leaving school at 14, he drudged through a number of blue-collar jobs, from truck driver to milkman — the worst of which, he would later say, was polishing coffins — before discovering acting.

“He was and shall always be remembered as the original James Bond whose indelible entrance into cinema history began when he announced those unforgettable words — ‘The name’s Bond… James Bond,'” said producers Michael G. Wilson and Barbara Broccoli of EON Productions, which primarily produces the James Bond series, in a statement.

Both producers credited his “gritty and witty portrayal of the sexy and charismatic secret agent,” saying he was “undoubtedly largely responsible for the success of the film series.”

Connery muscled into the craft quite literally, being discovered while competing as a body builder in a Mr. Universe competition held in London in 1950. There, he booked a part in the chorus of a traveling production of “South Pacific.” His physique landed him his first major television role, playing a boxer in the BBC drama, “Requiem for a Heavyweight,” which in turn led to a Hollywood contract with Paramount.

His big break, of course, came when producers Albert Broccoli and Harry Saltzman were looking to adapt the popular James Bond spy novels for the big screen. Cary Grant turned the role down, which left them looking for a cheaper and less known Plan B. They settled on the 6-foot-2 Connery. Bond author Ian Fleming famously detested the casting at first, saying the bulky Scot had none of the refinement of his fictional British creation.

“I never got introduced to Fleming until I was well into the movie but I know he was not happy with me as the choice,” Connery recounted to Britain’s “The South Bank Show” in 2008.

“What was it he called me, or told somebody? That I was an ‘over-developed stunt man.'”

Audiences clearly disagreed: “Dr. No” opened as a huge hit in 1962, catapulting Connery into superstardom and the fledgling franchise into a pop culture phenomenon that is still going 25 films, $7 billion and more than a half century later. As Bond, Connery would cement his long-running image as a Hollywood heartthrob — an image that would net him People’s “Sexiest Man Alive” honor in 1989, when he was 59-years old.

Tributes poured in following news of his death, including from actors Hugh Jackman, Robert Carlyle and George Takei.

“I grew up idolizing Sean Connery. A legend on screen, and off,” Jackman tweeted.

Carlyle remembered Connery as “a trailblazer, a true legend and a gentleman” in his social media post.

“Sean Connery was a movie legend, even far into his golden years. Our strongest Bonds were formed by him, and he was Untouchable. He passed today at age 90, a suave hero to the end,” Takei tweeted.

Connery continued in her Majesty’s cinematic service for the five of the next six installments — “From Russia With Love” (1963), “Goldfinger” (1964), “Thunderball” (1965), “You Only Live Twice” (1966), and “Diamonds Are Forever” (1971). He would reprise the role for one last time twelve years later with “Never Say Never Again,” though that film is not considered part of the official Bond canon.

He parlayed that fame into a lead role opposite Tippi Hedrin in Alfred Hitchcock’s 1964 thriller, “Marnie” — a film and a part as a rapist that has become even more uncomfortable to watch in the #metoo era.

Even as the public’s fascination with the fictional British super-spy grew, however, Connery’s tolerance for the character ebbed. Frustrated by fights with producers over his salary and the increasing sense that Bond would overshadow everything else he did, the actor ejected himself from the series.

“A lot of people still say, ‘Hello, Mr. Bond,’ like someone has never heard it before,” Connery told ’60 Minutes’ in 1999. “And because they’re still making (more Bond movies), it’ll always be there.”

And even as George Lazenby and Roger Moore continued that franchise, it took Connery a lot longer to escape its shadow. For every critically acclaimed role — such as the Agatha Christie adaptation “Murder on the Orient Express” (1973) or “The Man Who Would Be King” (1975) — there were less prestigious ones such as “The Next Man” (1976) or “Meteor” (1979).

Family and friends of Roger Moore, who passed away three years ago, were among those who mourned the prior 007 on Twitter, saying, “How infinitely sad to hear the news Sir Sean Connery has passed away. He and Roger were friends for many decades and Roger always maintained Sean was the best ever James Bond. RIP.”

He’d achieve modest success in the mid-80s playing a monk in the period mystery, “The Name of the Rose,” but he had yet to manage a role anywhere close to as high profile as the biggest one on his resume.

It would take until the 1988 Academy Awards, however, before Connery would fully receive his due as a serious actor, with a best supporting win for his role as a Chicago cop who mentors Kevin Costner’s Elliott Ness in “The Untouchables.”

But after five decades in the film industry, the curmudgeonly Connery seemed to reach a breaking point with the 2003 film, “League of Extraordinary Gentleman.” As poorly as received as the comic book adaptation was by critics, no one seemed to revile it more than Connery, who reportedly feuded with director Steven Norrington throughout production.

That would prove to be the final film for Connery, who would unofficially retire from acting immediately afterwards and would retire from public events eight years later.

Connery was knighted by Britain’s Queen Elizabeth II in July 2000, but he was a supporter of Scottish independence.

First Minister of Scotland Nicola Sturgeon said in a series of tweets that while Connery will be remembered best for his James Bond role, he was “first and foremost, a patriotic and proud Scot — his towering presence at the opening of Scottish Parliament in 1999 showed his love for the country of his birth.”

Connery is survived by his wife of 45 years, Micheline Roquebrune, and one son, Jason Connery, from his first marriage to actress Diane Cilento.