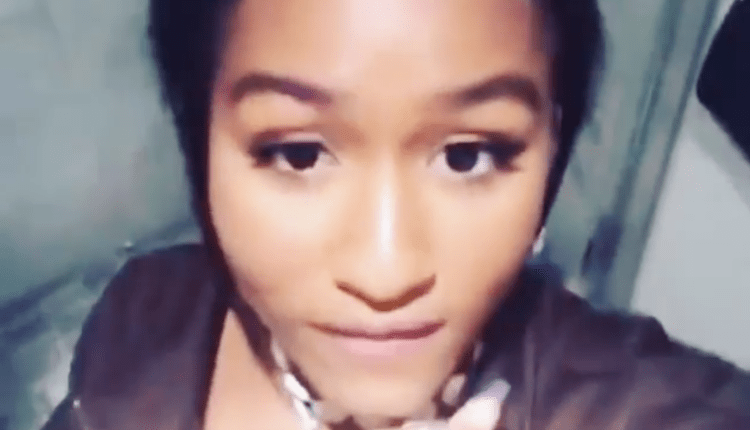 While her parents, former President Barack Obama and First Lady Michelle Obama are often hailed by their fans for having both class and sass, it looks like their daughter Sasha Obama is showing another side of the first family that we haven’t seen before.

The 19-year-old recently went viral with a profanity-laced song that she danced and lip-synched to on the popular music and dance app, TikTok. Here’s what you need to know.

We already knew that Michelle Obama has some serious moves, so it shouldn’t surprise anyone that Sasha got it from her mama. However, fans are hoping that she didn’t get her dirty mouth from it, too. Sasha and her friend can be seen lip-synching to the lyrics to Moneybagg Yo’s ‘Said Sum’ remix, featuring the rap duo City Girls.

The video, which was promptly deleted the moment that Sasha’s name began trending on the app, was uploaded by TikTok user @cakethatmsg. As of press time, it has been viewed more than 1.3 million times.

But here’s what has a lot of fans hot and bothered: a lot of people criticized the choice of son, which includes the N-word. However, there were some fans who praised the 19-year-old for having fun, with many people urging critics to just leave her alone. Sasha is currently a student at the University of Michigan.

Some of the lyrics to the song include:

How it go when I’m talkin’, you listen (Just listen)

Cut her off ’cause she spoke on the business (Go)

So far neither President Obama nor Michelle Obama have made any comments about their daughter’s video.

In the meantime, drop us a line with your thoughts in our comments section below. And as always, don’t forget to come back to Daily Soap Dish for all the latest news and updates on your favorite royals and reality television celebrities along with spoilers from ‘The Bold and the Beautiful’, ‘The Young and the Restless’, ‘General Hospital’ and ‘Days of Our Lives’. For more royal and celeb baby news, come back to Celeb Baby Laundry.