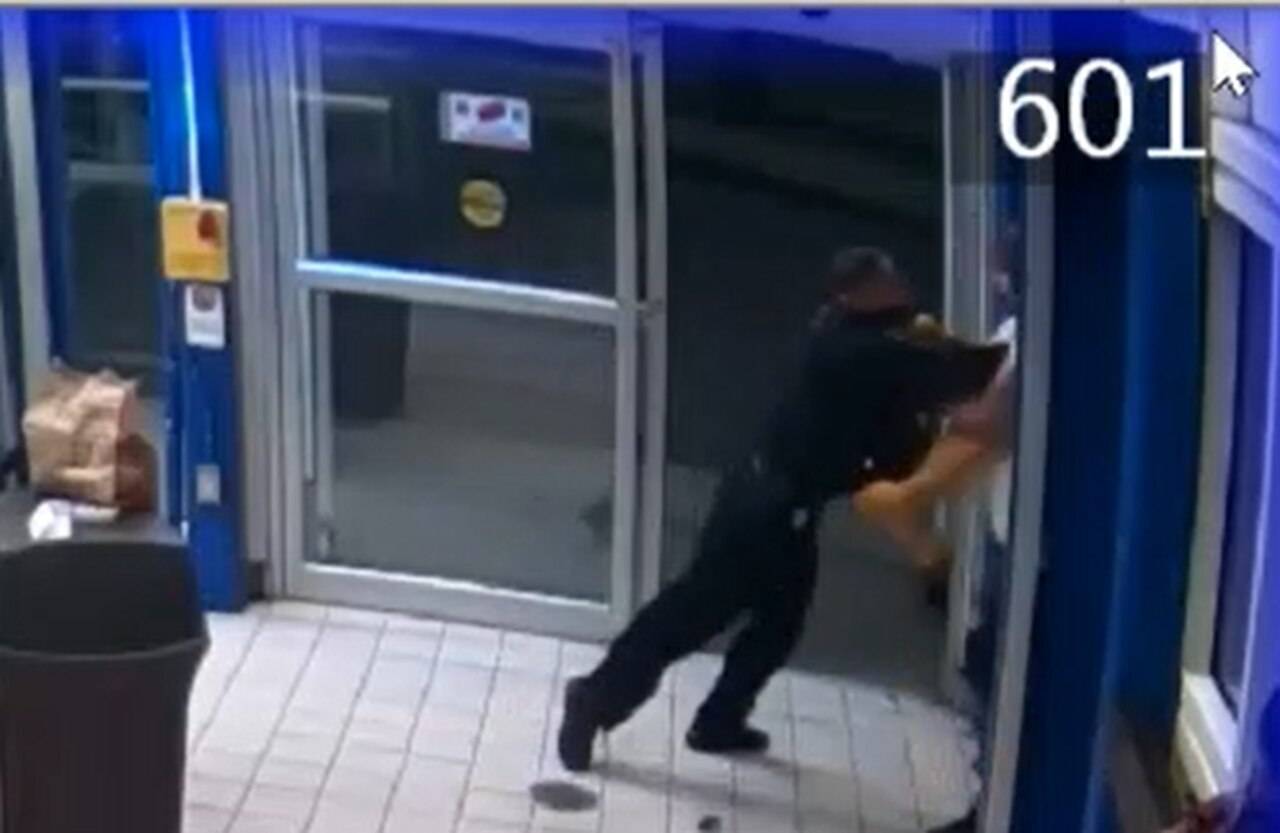 CLEVELAND, Ohio — RTA officials fired a transit police officer Friday for shoving a man and slamming him to the ground at a rapid station.

Officer Mark Sloboda was fired for a Jan. 15 incident at the West Boulevard-Cudell rapid station. He failed to use de-escalation tactics and used excessive force, RTA spokeswoman Linda Krecic said.

Sloboda, who was hired in 2015, also lied to internal affairs investigators by saying the man he shoved struck him with a headbutt, despite surveillance video showing that never happened.

“Your actions during this encounter escalated the situation and this eventually led to the male actively resisting you and to an altercation in which both you and the male suffered injuries,” Acting RTA Police Chief Michael Gettings wrote in his letter notifying Sloboda of his decision to fire the officer.

The letter does not detail the extent of either man’s injuries.

A message left for Otto Holm Jr., a senior staff representative for the Fraternal Order of Police of Ohio, the union that represents RTA police officers, was not immediately returned.

RTA officials have not released records or reports of the incident and have refused to provide the name of the man Sloboda shoved.

The incident was caught on surveillance camera. Sloboda and the man interacted with each other about 30 minutes before the scuffle, according to a letter notifying Sloboda of his firing.

Sloboda informed dispatchers that the man was intoxicated. Shortly after, Sloboda walked out of his office and approached the man, who appeared to be talking to another man inside the station.

Within seconds, Sloboda shoved the man for the first time, according to the letter and video.

He shoved the man again, who pointed at his bag that he left on a bench. The two stood toe-to-toe and Sloboda pushed him back with one hand several times.

He went to grab the man’s bag and the man followed and bumped Sloboda with his chest. Sloboda shoved the man several times until both ended up near the exit.

The man stopped. Sloboda pointed at the door and tossed the man’s bag outside the station. He pushed the man again. The man fought back, Sloboda shoved him against the wall and the two scuffled. Sloboda grabbed him, pushed him outside and slammed him onto the pavement.

Sloboda held him on the ground for several minutes. The video ends without showing the resolution of their fight. The officer initially wrote the man citations, but those charges were not filed.

Sloboda reported that he didn’t know the man was intoxicated and the man head-butted him, both things internal affairs investigators found to be false.

Sloboda’s personnel file includes an incident in which a woman accused him of slamming her into a bench in 2017. He later protested a one-day suspension by saying the woman had shoved him, but surveillance video showed that never happened, according to the records. The suspension was dropped to a verbal warning.

He had several other issues while he was employed, including taking a nap while he was on duty, failing to search an arrestee for weapons and criticizing supervisors for RTA’s policy on marijuana enforcement in a department-wide email.

‘He was supposed to be safe there’: Akron man sues private prison, state authorities over death of his brother