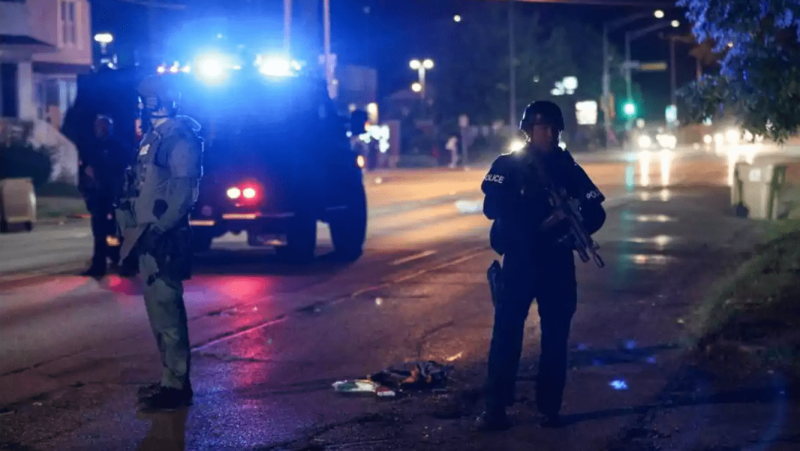 South Jordan, Utah: A man has been critically injured by a ‘booby trap bomb explosion’ while doing repairs on a Utah home. According to the reports from police, the home where the incident happened is the same house where a raid was held by the cops in July and ceased a stockpile of explosives.

Soon after getting the report about the incident, a team of police and firefighters responded to the scene and boarded-up home in South Jordan around 4 p.m. where they found an unidentified victim suffering from a serious lower leg injury.

Further details about the victim haven’t been revealed by the authorities but Bridget McGanigal Black whose brother, Ryan McManigal was soon arrested after a standoff with the cops at the house in July, said her cousin who was doing repairs on the house when the bomb went off.

“I got a call from a cousin of mine this evening and she explained to me that my other cousin, his name is Jake, Jacob was over at Ryan’s house trying to do repairs on the home,” Bridget Mcganigal Black told.

“As we recall back in July, I think Pioneer Day, his home had to be partially detonated due to some bombs (he) was making,” she said. “So what I’m hearing is that while he was making these repairs there was a booby trap bomb set and it went off on him.”

Bridget added that her brother, “told me that he was going to set up booby traps in my mom’s house in Vegas, so it doesn’t come as a surprise to me that he would do this in his own home.”

Cops arrived at his home in an armored truck to held a search from which Ryan allegedly started an open fire on the vehicle before surrendering.

Police say that they have found and ceased 20 pounds of explosives and detonations also, they have ceased three guns and thousands of rounds of ammunition.

Adding to that, he also said that the victim of the bomb blast was soon transported to the University Of Utah Medical Center by helicopter, where he is going through his treatment to recover. For now, there are no such updates regarding the final decision from the court against Ryan McManigal. We will be updating you as soon as something new about the case gets confirmed.