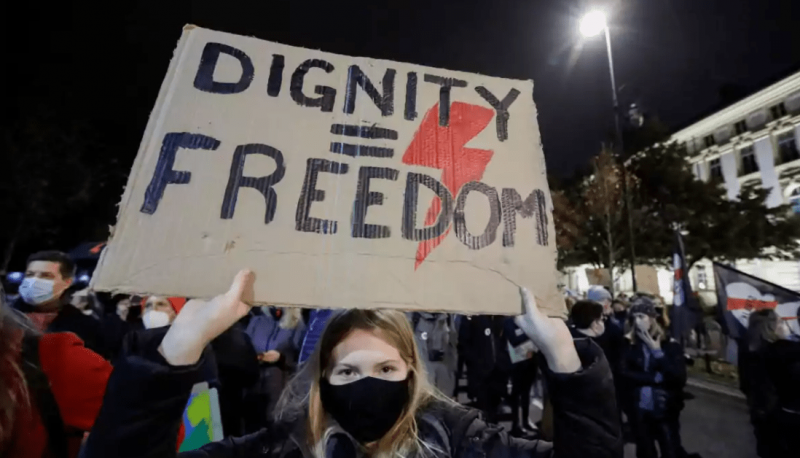 As a court in Poland recently banned abortion, protests erupted at several places, demanding a scrapping of the same. On Tuesday, two protestors took off their clothes in front of the Presidential Palace, as they covered bodies with curse words.

It was reported last month that The Constitutional Tribunal had banned “terminations due to foetal defects, ending one of the few legal grounds left for abortion”, provoking protests from all sectors. Apart from the primary aim of expressing anger at the newly devised abortion laws, the demonstrators also lashed out against the conservative religious nationalists, pointing out the stark differences between the liberals and the staunchly conservative candidates.

Jadwiga, an activist who also participated in the protests, claimed, “The naked protest] relates directly to the fight for women’s rights, for human rights, for people to be treated in a dignified way. They were prevented from walking far but it was symbolic.

Too often we hear in the public space insults, vulgarisms and abuse of human sexuality targeting other people”. It was further asserted that the nudity of the two protestors, Ania Bielawska and Lukasz Stane, was an allusion to how offensively some of the Polish citizens are treated.