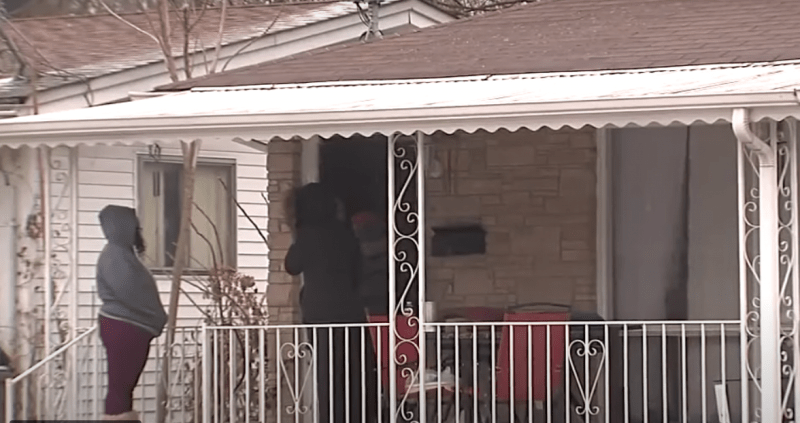 Five people, including a pregnant teenager, were killed early Sunday morning inside an Indianapolis home — a vicious mass murder that one official described as “a different kind of evil.”

According to police, who held a press conference Sunday, a 911 call came in at about 4 a.m., about a potential shooting on the city’s northeast side. Officers arrived to find a young boy outside, suffering from a gunshot wound.

The boy was rushed to the nearest hospital, and is expected to survive the shooting.

At 4:40 a.m., police received additional information about other possible shooting victims. They arrived at a home on Adams Street to find five people shot dead.

One of the victims, Kiara Hawkins, a pregnant 19-year-old, was transported to a hospital where attempts to revive her — and save her unborn baby boy — failed.

At this point, police have yet to disclose if, and how, the victims were related. A motive is also unclear, and detectives are still working to develop a possible suspect.

They do not believe the attack was random.

“Just this last week, we talked about investments that we’re making, resources were devoting to stopping crime and violence here in Indianapolis,” Indianapolis Metropolitan Police Chief Randal Taylor said during the press conference.

“Drug-related crimes, domestic violence, violence driven by poverty or desperation. But what we saw this morning was a different kind of evil,” Taylor continued.

“I don’t know what goes through a person’s mind,” he added. “I don’t know what kind of lie they listen to in their head that would tell them that pulling the trigger on anybody, but especially on this many people, is the right thing to do. Our community doesn’t deserve this.”

Detectives are asking that anyone with any information on the murders come forward.

Tipsters can call the department’s homicide unit at (317) 327-3475. Information can also be shared anonymously by calling Crime Stoppers of Central Indiana at (317) 262-TIPS (8477) or visiting the organization’s website.