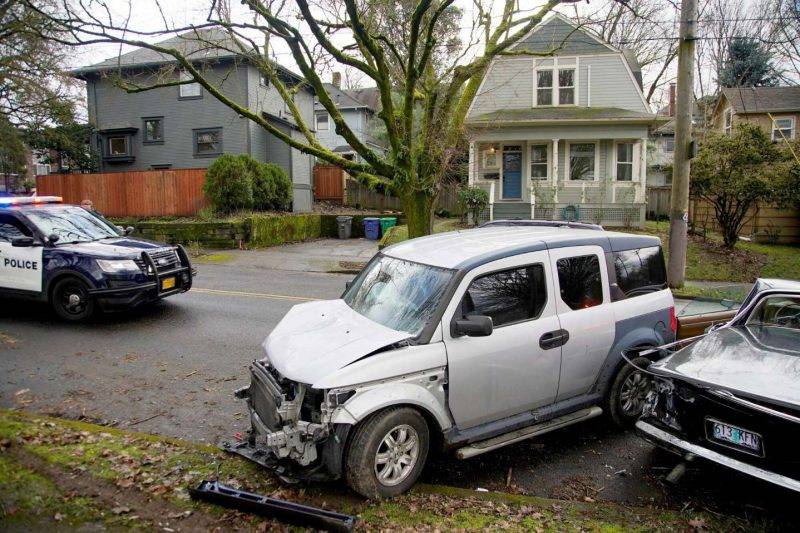 A Portland man was arrested on Monday after a vehicle he was driving struck at least six people, including one who eventually died from their injuries.

The Portland Police Bureau said in an online statement that they began receiving reports of a hit-and-run incident on Monday afternoon. As officers from the Central Precinct quickly responded to the scene, more calls came into the bureau regarding additional hit-and-runs involving the same vehicle nearby.

Police spokesman Derrick Carmon said during a news conference that the incidents happened over a 15-block stretch, creating “a very large crime scene,” according to USA Today.

The suspected vehicle, a silver Honda Element, crashed in the area of Southeast Stark Street and Southeast 18th Avenue, police said. The driver fled the vehicle on foot, but was later arrested after community members “corralled the suspect” until officers arrived and took him into custody.

The pedestrians injured in the hit-and-run incidents were taken to the hospital by ambulances, Portland Fire and Rescue spokesperson Rich Chatman said during a news conference, per CNN and USA Today.

One victim later died, police confirmed in their statement.

“As you can imagine, it was a lot of chaos going on,” Chatman reportedly said.

Police have yet to publicly release the suspect’s identity.

“The suspect is being processed and arrest information will be available at a later time,” police said.