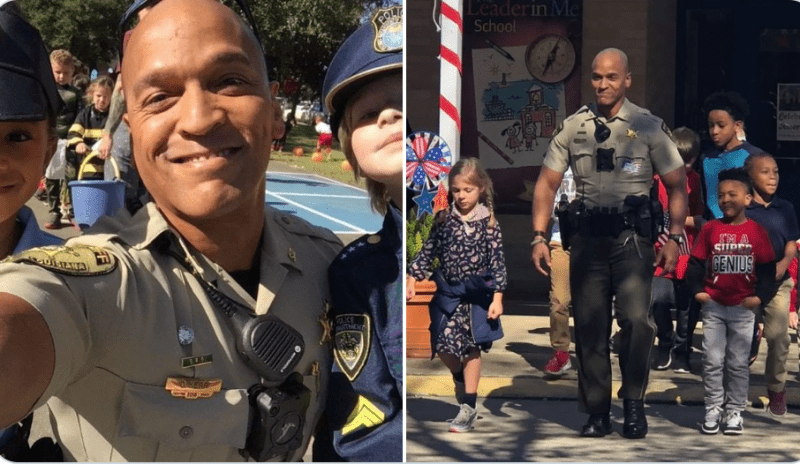 A black police officer from Louisiana has killed himself after sharing a series of videos online saying he had “had enough… of serving a system that does not give a damn” about him or other African Americans .

Clyde Kerr III, 43, a Lafayette Parish sheriff’s deputy, died by suicide on Monday after speaking extensively about the “demonic” criminal justice system and the killings of Black men including George Floyd .

“I can’t abide by this no more. I’m not having anything to do with this nonsense no more,” Kerr said in one of his videos shared online. “If this feels right to you, then there is something wrong with you. This is the furthest thing from right.

“You have no idea how hard it is to put a uniform on in this day and age with everything that’s going on,” he said.

He also highlighted the importance of mental health in the police force, and talked about children’s exposure to violence and trauma in videos that are now widely circulated on social media.

“My entire life has been in the service of other people… y’all entrust me to safeguard your little ones, your small ones, the thing that’s most precious to you and I did that well. I passed security clearance in the military… but that has allowed me to see the inner workings of things,” he said. “And it has dawned on me… that they really don’t give a damn about us. That is the truth.

“I understand we have a tough job, but we signed up for this,” he continued. “We need help. Because when you deal with the bottom rung of society, that does not give us an excuse to just do whatever you want; and that’s what we’re doing and we’re not being held accountable.”

Kerr, a father, was a long time deputy and a veteran who served in Afghanistan and Iraq.

His posts have triggered a debate online about the mental health of police officers, especially Black officers. Kerr also talked about his struggle to reconcile his identity as a Black man with his profession, before hinting at suicide.

Sharing one of the videos, writer and activist Shaun King wrote on Instagram: “The fact is that the system is so gross, and so inhumane, that the whole thing needs to be torn down and reimagined. It’s so bad that it’s even destroying police themselves.”

“It infuriates me that the injustice in our own backyard can cause a father, friend, peace officer to go to these limits to wake us up about the corrupt justice system in our community. I pray for change,” a Twitter user Claudia wrote.

Talking about Kerr’s videos, City Marshal Reggie Thomas, Lafayette’s first Black person to be elected in a citywide position, told The Advocate that the video that resonated most with him was about a conversation Kerr had had with his son after George Floyd’s death.

“He had to talk to his son about how you have to react with a police officer,” Mr Thomas told the outlet. “Nobody should have to have that conversation.”

“The Lafayette Parish Sheriff’s Office is heartbroken to confirm the loss of a member of our LPSO family, who took his own life this morning,” it read. “My heart goes out to his immediate family and to all of the brothers and sisters he has at the sheriff’s office. We will do everything in our power to support our employees as we all grieve.”