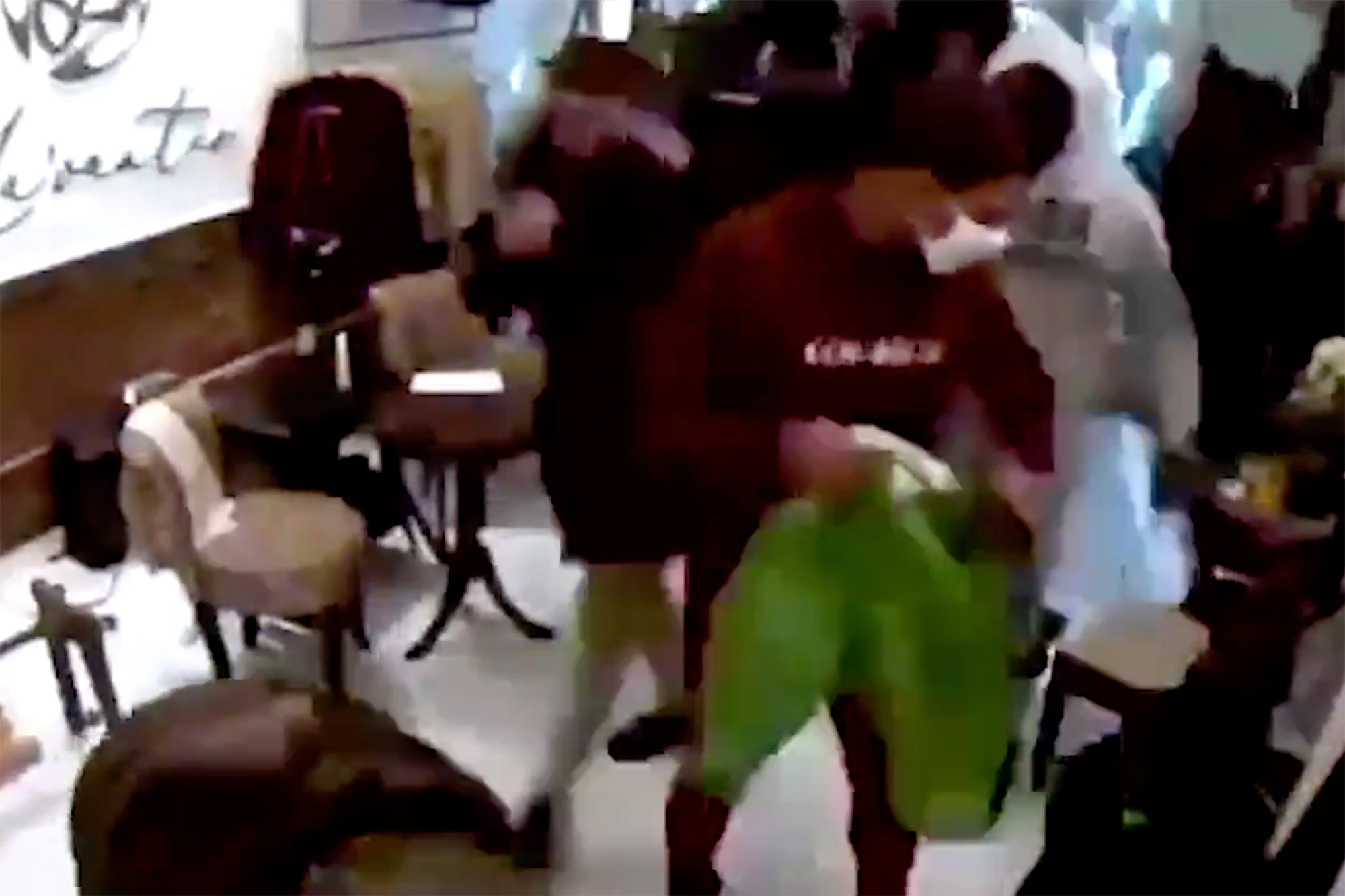 He made a clean getaway.

Looters were seen in a series of videos trashing Philadelphia stores Tuesday night — with one even blithely wheeling out a large washing machine.

A heavy police presence with the backing of the National Guard mostly prevented disturbing scenes of violence that marred the City of Brotherly Love on Monday after the fatal shooting of Walter Wallace.

But police said about 1,000 people instead headed to shopping areas to loot and trash stores, leaving wild scenes of complete destruction in their wake.

One video showed two cursing women inside a small fashion boutique — which someone sharing it on Twitter said was black-owned — with one looter telling her friend, “I hope we do not get caught in this bitch.”

Within seconds, more than two dozen others stormed inside, completely ripping out all the merchandise.

Other footage showed streams of looters storming bigger stores in a mall, including a Walmart, with numerous clips showing scenes of complete devastation of trashed businesses.

A reporter could not hide his disbelief as he saw a man in a red T-shirt casually walking out of a store with a large black washing machine.

“You can see this guy, he brought a dolly,” the reporter said as the thief casually looked his way.

Others got violent when journalists tried to catch them in the act, however — with Elijah Schaffer, a reporter for conservative site The Blaze, struggling to talk with a bloody mouth he said he got from being “jumped by BLM rioters while they were looting more than a dozen stores.”

He shared the footage he was filming at the time, telling someone who confronted him that he was “not filming faces.”

The protesters “immediately started punching and kicking” him as he started filming the looting, he said, saying he was going to a hospital to get stitches for the “absolutely painful” injury.

Others said the looters overwhelmed the police there. “There’s simply not enough officers, and people keep arriving in cars to loot,” Shelby Talcott of the right-wing Daily Caller tweeted.

The destruction sparked immediate condemnation from many online.

“Why are these criminals destroying our neighborhood? Can’t they just protest without destroying hard working citizens’s properties?” one local replied to some of the depressing clips. “It’s just sad and hurtful.”