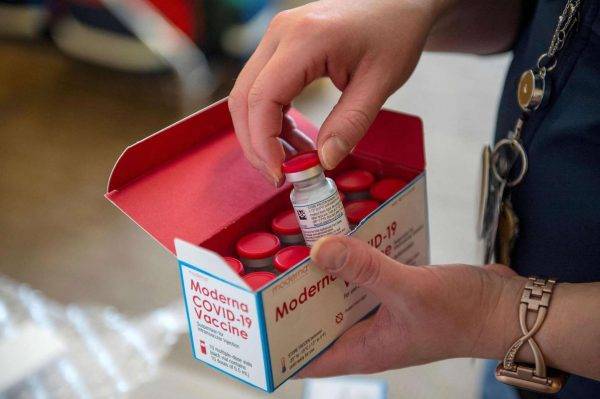 A Florida man who was named 2020 paramedic of the year admitted to investigators that he played a role in the alleged theft of coronavirus vaccine doses, the Polk County Sheriff said on Tuesday.

Joshua Colon, 21, was arrested on Monday and faces forgery, fraud and misconduct charges after he admitted to forging paperwork to cover up what he said was a supervisor’s theft of three pre-filled syringes of the Moderna Covid-19 vaccine.

In a press conference, Polk County Sheriff Grady Judd said that authorities noticed there were “discrepancies” and “total confusion” on three different vaccine forms filled out by Colon, who had been given three full vials of the vaccine on Jan. 6 to administer to Polk County first responders.

Authorities contacted several of the names of vaccine recipients on the forms and found that they were former firefighters who said they had never received any doses.

Judd said that the 2020 Paramedic of the Year later “confessed” and began to cooperate with investigators, admitting to using false names for “fraudulent” and “wrong” reasons.

Colon said he did so at the behest of his supervisor, Polk County Fire Rescue Captain Anthony Damiano.

Colon told investigators that Damiano joked about wanting a vaccine for his mother and later threatened him when Colon would not give him the vaccine.

Damiano ordered Colon to take a break, after which three pre-filled syringes disappeared from a sealed bag in a refrigerator.

“Colon advised he did not question his supervisor in reference to the missing vaccines, however, he immediately became suspicious,” a statement from the Polk County Sheriff’s Office said. “Colon did not report this incident to anyone within Polk County Fire Rescue.”

However, when asked to produce paperwork, Colon then forged the documents and said he had given doses to people who never received them.

“The investigation is ongoing, including what role the supervisor has in the theft of the vaccines and the creation of fraudulent and forged medical records,” the Polk County Sheriff said in the statement.

Reached by telephone Tuesday afternoon, a spokesperson for the Polk County Sheriff said that charges against Damiano are “imminent” and that he is at large.

“The bottom line is Joshua tried to cover for the captain, Joshua set up the circumstance for the vaccines to have been stolen. Had Joshua simply gone to his boss right then he’d have been the hero, but instead he started falsifying paperwork making up people who didn’t exist to cover it up,” Judd said at the Tuesday press conference.

Colon resigned on Friday and was arrested on Monday.

In a statement, David Carmichael, an attorney for Colon, said he faced a “very difficult situation” after his supervisor allegedly demanded he provide the vaccines.

“Mr. Colon deeply regrets his weakness in failing to alert the Chain of Command to the theft of the vaccine, accepts responsibility for his error in covering up the theft, and in an effort to protect the reputation of his agency, has resigned his position,” Carmichael said.