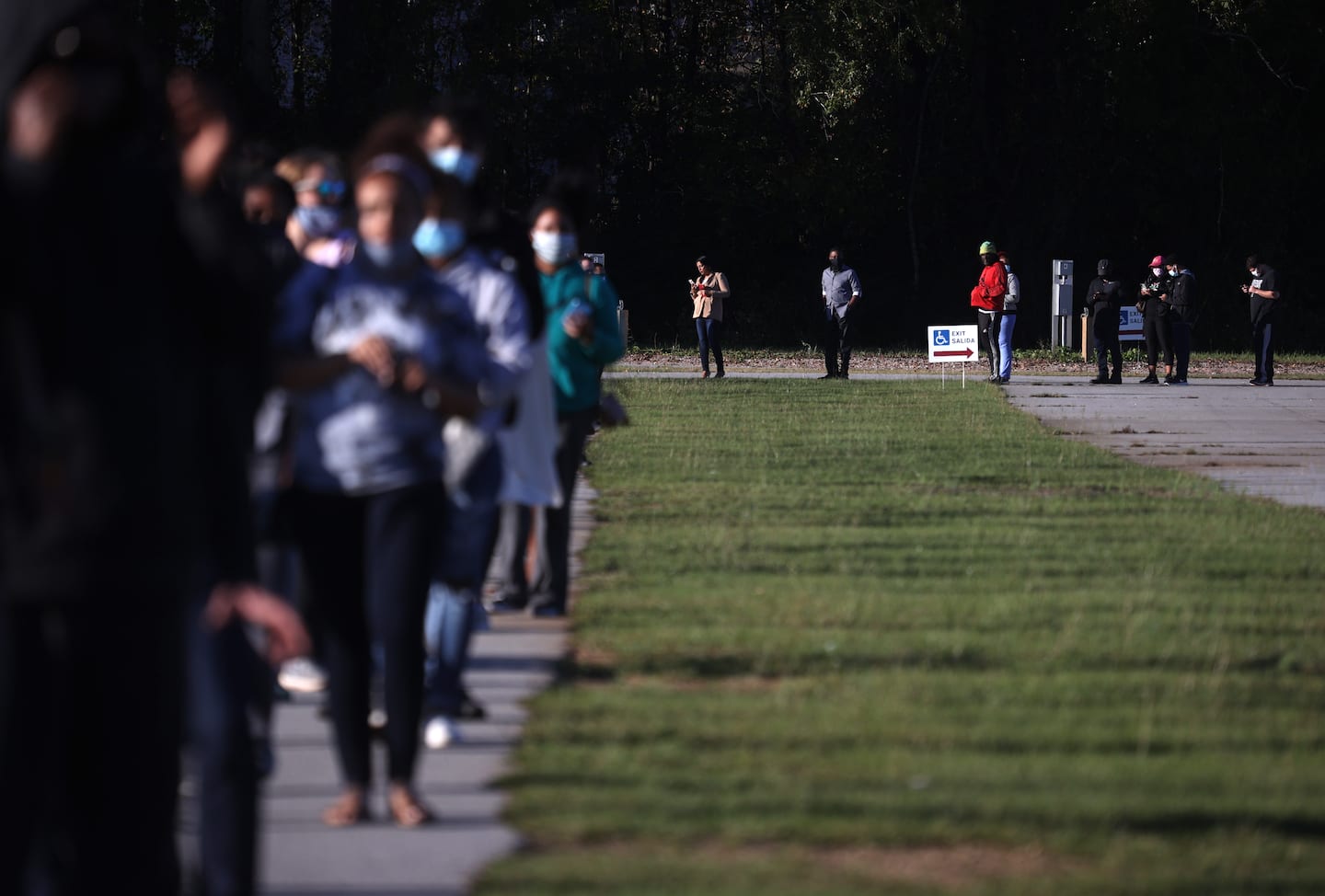 This was accomplished despite Republican political and legal opposition, President Trump’s efforts to sabotage the United States Post Office and to discredit early voting, and a crackpot theory from some conservatives judges devised out of whole cloth that all votes had to be not only received but counted on Election Day (a proposition contrary to our entire election history, to a federal statute allowing overseas military ballots to be received, and without constitutional or statutory foundation).

It is both appropriate and easy to focus on fights in key states about counting ballots postmarked before but received after polls close. It is important to note that without exception, Republicans are trying to exclude ballots and make voting harder because they fear the verdict of the voters. The bigger picture, however, should include the burst of enthusiasm and determination to vote and to vote early — the relative ease with which early voting unfolded in red and blue states with no record of no-excuse early voting. The arguments for limiting more convenient forms of voting are crumbling before our eyes, and with them a major pillar of voter suppression (e.g., fewer polling places in minority areas, older machines in Democratic strongholds).

The determination to vote early — a function of an impressive Democratic effort to encourage people to cast votes as early as possible — means relatively smaller lines and fewer snafus on Election Day. And, to boot, it undercuts Republicans’ mischief-making, as FiveThirtyEight’s Nate Silver explains:

One is tempted to say that once Justice Brett M. Kavanaugh and other right-wing jurists and attorneys figure this out, they will stop trying to block late-arriving ballots. (It’s bad enough to engage in results-oriented jurisprudence intended to benefit one party; it’s downright comical when you get the “wrong” results from your side’s perspective.)

In states in which early voting is tabulated as it comes in (or at least well in advance of Nov. 3), keep in mind that once ballots are removed from envelopes (to be fed into machines, or to be ready to feed into machines) the signature-match challenge evaporates. There is no way to tie a specific ballot to a specific voting envelope. And, of course, 90 million votes cast early are 90 million fewer voters deterred by illegal intimidation.

Now that states under the worst circumstances have adjusted to massive early voting, there is no reason to abandon it if and when we conquer covid-19. Some have referred to this as “flattening the voting curve” — spreading out resources and staff over a longer time so the system is not overwhelmed and the most vulnerable get the accommodations they need. If, for example, the next Congress and president pass a Voting Rights Act reform bill that reinstates pre-clearance (states that attempted to thwart efforts to ease voting during covid-19 should come under the DOJ’s jurisdiction), requires all states to institute no-excuse early voting, and even provides a funding source, what exactly would be Republicans’ objection (other than it lets more people vote more conveniently)?

The question is not whether there will be screwups or delays or court challenges, but rather whether they are prevalent enough in key states to mess up the results.