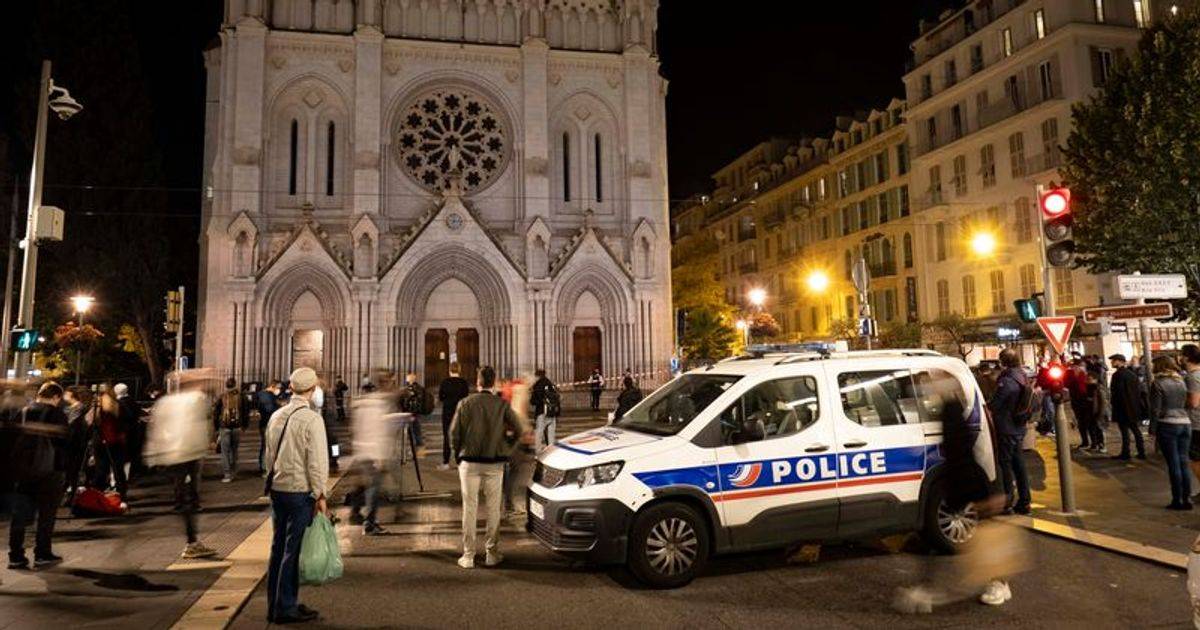 As per news reports, 21-year-old Brahim Aoussaoui, the man responsible for the terror attack in Nice, France, sent his family a selfie outside the Notre Dame basilica before killing three people, slitting the throat of at least one, and injuring several others on Thursday, October 29. In fact, as per CCTV footage, he even sat with worshippers for 30 minutes before the bloody attack.

The killings occurred just ahead of the Catholic holy day of All Saints Day on Sunday, November 1. This attack has prompted the government to raise the terror alert level to maximum nationwide.

Aoussaoui was shot and wounded by police. He was reportedly a Tunisian migrant who arrived in Italy in late September and later traveled to France. The body of a woman whose throat had been cut in an apparent beheading attempt was found inside the Basilica of Notre Dame. The body of a man, a church employee, was also reportedly found inside the church, while another woman succumbed to her injuries after seeking refuge in a nearby bar.

Speaking at their home in the Tunisian town of Bouhajla, Aoussaoui’s family said that he had been in regular contact with them since he arrived in Europe. They claimed that he even sent them a selfie outside the Notre Dame cathedral before going on the rampage. Aoussaoui’s brother Yacine told local media that his brother wanted to spend the night in front of the cathedral, adding, “He sent me a picture in front of it.” His family said, “What we saw in the images is him, our son.”

Aoussaoui’s mother Gamra told the press that she had been shocked by the events and had no idea why he chose to move to Nice. She reportedly said, “I said to him you don’t know the French language, you don’t know anyone there, you’re going to live alone there, why, why did you go there?”

In 2016, Aoussauoi was convicted of “violence” and using a knife. Tunisian authorities too have also opened an investigation into the matter. While earlier, this attack was seen as a “lone wolf” attack, on Friday, French police said they had arrested a 47-year-old man in connection with the attack. He is suspected of having been in contact with the knifeman the day before. On Saturday, police arrested a third suspect in connection with the attack.

It is the second suspected Islamist extremist attack on French soil in less than two weeks. Earlier this month, seven persons were charged with being complicit in a “terrorist murder” after 18-year-old Chechen Abdullakh Anzorov decapitated French history teacher Samuel Paty for showing cartoons of the Prophet Mohammed in class, on the outskirts of Paris.

Pope Francis condemned the attack “that sowed death in a place of prayer”. He said, “I pray for the victims, for their families, and for the beloved French people, that they may respond to evil with good.”

President Emmanuel Macron, who called it an “Islamist terrorist attack”, said, “Once again this morning it was three of our compatriots who fell in this basilica. It is France that is under attack. We will not give in to any spirit of terror.”