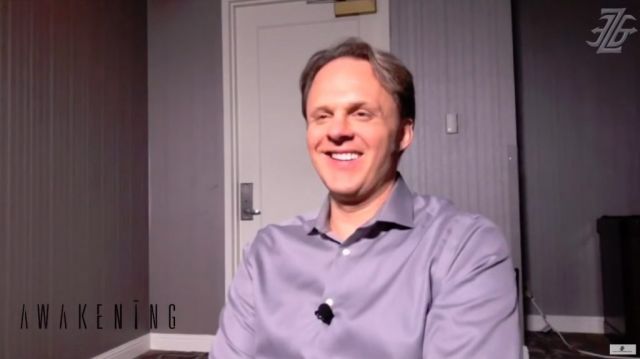 David Wilcock is a professional intuitive consultant who, since reading Richard C. Hoagland’s “The Monuments of Mars” in 1993, has intensively researched ufology, ancient civilizations, consciousness science, and new paradigms of matter and energy. He is the author of a critically acclaimed trilogy of scientific research works, known as the Convergence series, which gives definitive support to the idea that a change in matter, energy and consciousness is now occurring on the Earth and throughout the solar system.

Wilcock has appeared on broadcast television, lectured throughout the United States and Japan, published a variety of magazine articles and appeared on numerous radio talk shows. He is the co-author of the book “The Reincarnation of Edgar Cayce,” now available in bookstores nationwide, and a summary of his latest scientific work appears therein, where a breakthrough case for mass, spontaneous DNA evolution on Earth is unveiled. David is also an accomplished musician and composer within a variety of styles, including jazz-fusion, meditative and world music.

David Wilcock explains on March 19, 2020 during the the World Wide Coronavirus lockdown that it is NOT the end of the world. The lockdowns are to ensure the peoples safety during world wide mass arrests in conjunction with Operation Defender Europe 2020.

Much more to come. Stay tuned for more at BIN news. Thanks for stopping by and keep up to date with more important news!