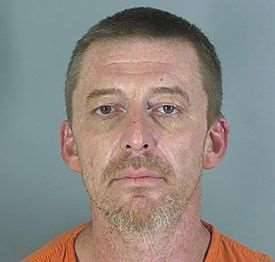 A South Carolina man wearing only a “clear bag over his genitals” while walking around with a joint in his hand told Spartanburg police he’d cheated on his wife and was doing “the walk of shame” as penance.

According to a police report posted to The Smoking Gun, Michael Boatman told cops he had also smoked meth before going on his 1 a.m. stroll. The 41-year-old was wrestled to the ground after telling police he had to complete his walk, trying to wander away and ignoring verbal commands to stop.

Boatman reportedly told police he was “willing to go to jail” for what he’d done, but also said he’d try to escape and asked an arresting officer to shoot him.

He faces charges of indecent exposure, disorderly conduct and marijuana possession. The Smoking Gun reports that Boatman has been convicted of domestic violence three times.