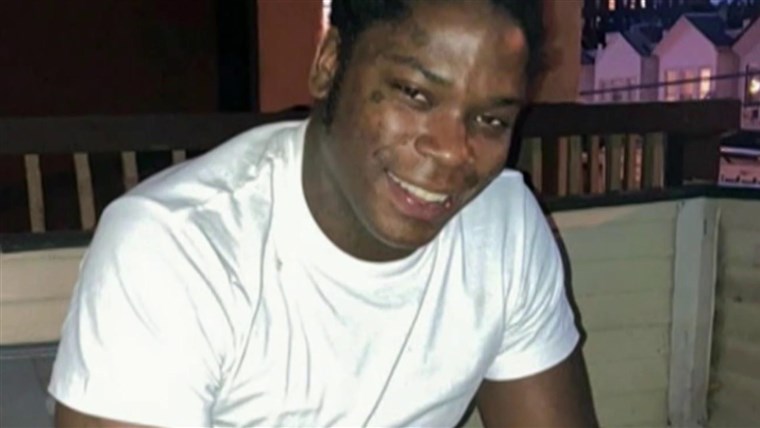 The city of Philadelphia saw a second night of protests over the fatal police shooting of a Black man.

Some looting was again reported Tuesday, despite pleas from the man’s family for an end to any violence or other chaos.

Other demonstrations Tuesday were described as peaceful, including one drew as many as 500 people.

Philadelphia police tweeted Tuesday night that a large crowd was looting stores in the Port Richmond area of the city. Earlier in the evening, news helicopter footage showed people appearing to break in and loot a Foot Locker store and another business in that area.

Protests in the city erupted Monday after Philadelphia police shot Walter Wallace Jr., 27, after responding to a call about a man armed with a knife around 2:40 p.m.

Police have said officers ordered Wallace to drop the knife several times, but he continued to advance on them while holding the knife. Both officers at the scene fired, striking Wallace in the shoulder and chest, officials said.

Wallace Sr. said Tuesday night the family wants justice and for someone to be held accountable. But he also repeatedly called for an end the violence and looting, saying such acts were disrespectful to his family and the city where he worked for 33 years in the streets department.

“I hope people show my family and the city some kind of respect … it’s uncalled for. It really is,” Wallace said. “There’s a right, and there’s a wrong,” he said.

Thirty police officers were injured, mainly by thrown objects like rocks and bricks, overnight Monday into Tuesday, and there were arrests for looting that night, police said.

The office of Gov. Tom Wolf said earlier Tuesday that several hundred National Guard personnel were being deployed in the city “to protect the right to peacefully assemble and protest while keeping people safe.” The decision was made at the request of Philadelphia County, his office said.

Tuesday night saw more demonstrations. The Inquirer reported that as many as 500 people participated in a mostly peaceful march.

Earlier in the day, activists marched to the police 18th district headquarters, demanding that the two officers who shot at Wallace be fired and that mental health professionals be sent with police to such situations, NBC Philadelphia reported.

Wallace Sr. questioned by officers did not use a Taser. Police commissioner Danielle Outlaw said at a news conference Tuesday afternoon that the officers involved did not have Tasers. She cited budget constraints.

“They didn’t have to shoot,” Wallace Jr.’s uncle, Rodney Everett, said. “We need new laws. We need them to be trained differently.”

A request to Philadelphia police for comment about any arrests or injuries Tuesday night was not immediately returned.

The police department said that in addition to the 30 officers injured overnight Monday, five police vehicles and a fire department vehicle were vandalized.

The CVS pharmacy chain said that 10 of its stores in Philadelphia were damaged Monday and that all of its stores would close at 7 p.m. Tuesday out of an abundance of caution.

Officials have said that if the National Guard were deployed its primary role would be to station outside businesses, NBC Philadelphia reported. The Guard was deployed to the city during protests in June.

Phil Helsel is a reporter for NBC News.