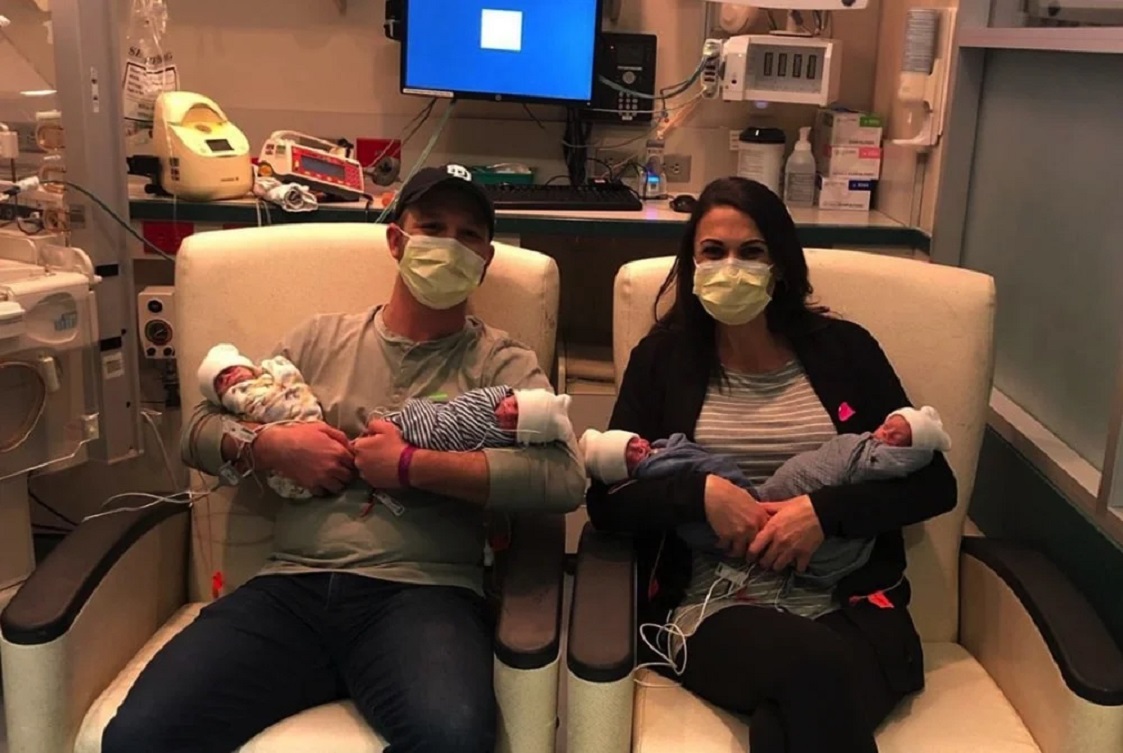 A Texas mother and father are celebrating a rare blessing.

The couple are growing their family by four, yes FOUR, during the coronavirus pandemic.

Hudson, Harrison, Henry and Hardy were born at Texas Health Presbyterian Hospital Dallas on March 15, just one day before the mandatory stay-at-home and social distancing regulations began in the County.

The couple did not use any fertility treatments. All four babies are identical quadruplets, meaning they shared a single placenta.

Lauren Murray, M.D., an obstetrician-gynecologist on the medical staff at Texas Health Dallas said “This situation is so incredibly rare that there are only about 72 documented cases of spontaneous, identical quadruplets ever,” 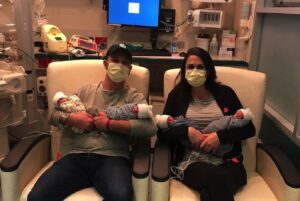 Another surprise? Well Jenny and Chris Marr, the new parents of the natural, identical quadruplets, have no history of multiples in their family.

The new brothers had to spend 10 weeks in the Neonatal Intensive Care Unit (NICU) and nearly a month in the Special Care Nursery at Texas Health Dallas.

How did they take the news their family of 2 was about to become a family of 6?

Jenny recalls the doctor visit where she was given the news.

Then they were sent to Dr. Ryan Reinheirt, one of the top maternal-fetal medicine doctors in the area. Their the doctor’s sonographer took one look during the sonogram and knew there weren’t three babies in Jenny’s belly.

“I think I turned to Dr. Ryan and I said, I’m not coming back next week because there will be five,’” Chris said.

“That’s the crazy part too. We are both the only child,” Jenny said.

“So we never had any brothers or sisters. I always thought if we had kids we would have two because I know being an only child can get kind of boring sometimes,” Chris said.

Put on a 3,000-calorie diet before the babies were born, Jenny said she was always hungry. She also laughed about her growing boys were restless.