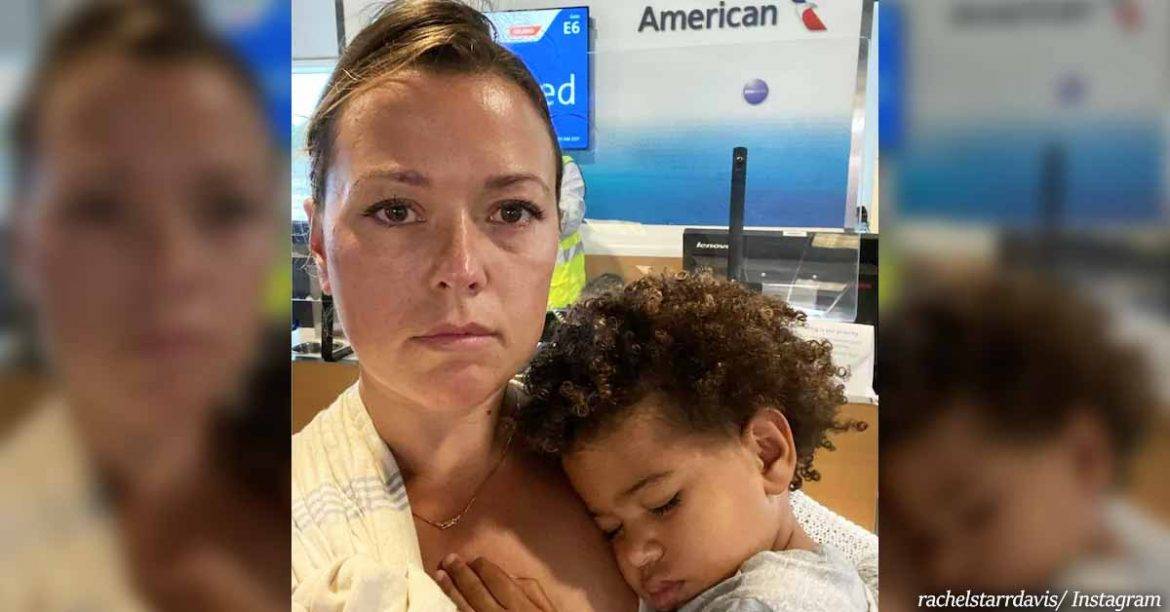 Rachel Starr Davis felt traumatized after she was kicked off an American Airlines flight because of her 2-year-old son.

The tantrum of a 2-year-old resulted in a traumatic experience for both him and his mother.

Rachel Starr Davis’ experience with American Airlines (AA) was one that left her and her son in tears. When traveling home to New Hampshire last month, Davis and Lyon have kicked off a plane after the boy went into meltdown mode and refused to wear his mask. While it is perfectly normal to see a 2-year-old throw a tantrum when they are tired, Davis conveyed that the AA did not show understanding, compassion, or patience. The single mother explained that she had begged, bribed, and pleaded with her son to get him to wear his mask. No matter what she had tried, he had continued to scream and cry, pushing his mask away. Her inability to convince him to wear his mask led to her hyperventilating, panicking, and eventually being kicked off the plane.

Davis shared her story on Instagram as she posted the following image and caption:

At what age should children wear face masks?

It is not clear at what age children should wear masks as statements regarding the safety of wearing face coverings contradict each other. According to the World Health Organization (WHO), ‘children aged 5 years and under should not be required to wear masks’. On the other hand, the American Academy of Pediatrics (AAP) writes that face masks ‘can be safely worn by all children age 2 years and older‘. Taking this further, American Airlines’ policy on face mask states that children over the age of 2 are required to wear face masks. In a statement to Yahoo Live, AA clarified this policy:

There were mixed feelings about Davis and Lyon’s experience.

After Davis and Lyon were removed from the plane, they have eventually put on another AA flight. Speaking to Yahoo Live, the mother explained that nobody pushed for her son to wear a mask on the second flight. What is more, she claimed that the pilot on that flight had even ‘apologized profusely’. Therefore, it is evident that people have different views on the matter. In addition to this, people with conflicting views commented on Davis’ Instagram post; that is, some supported AA’s policy as they stressed the gravity of the pandemic whereas others expressed their shock at and disapproval of the way Davis and Lyon had been treated.