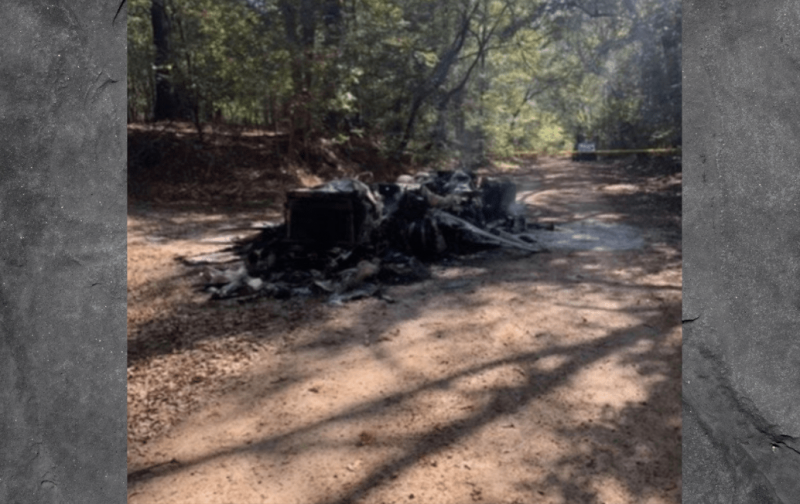 Two bodies found in a burned-out semi-big rig in western Mississippi Sunday morning are accepted to be those of a couple who passed on in homicide self-destruction, the Natchez Democrat detailed.

Jefferson County Sheriff James Bailey said criminologists accept the couple is Ronald Merritt, 45, and Carisa Merritt, 42, from Fayette, around 15 miles from the Church Hill people group where the bodies were found.

Jefferson County Coroner Ricky McDonald said the distinguishing proof is forthcoming consequences of an examination at the state investigative laboratory and DNA correlations with relatives.

“There is motivation to trust it is them,” McDonald said. “Neither of them have been seen or gotten with since Sunday.”

Bailey told the Democrat that Victoria Queen, Carisa Merritt’s mom, said she saw a blue semi-truck pass by her home before sunrise Sunday morning. She said she trusted it was driven by Ronald Merritt, who had as of late rented the vehicle.

Later Sunday, when Carisa Merritt didn’t appear for a chapel, Queen attempted to reach her.

“She began to get stressed because it wasn’t cared for her not to appear for the chapel,” Bailey stated, “and she attempted to call her three or multiple times and had not gotten with her.”

Bailey said that a tracker saw the truck obstructing the passage to a chasing camp on his property early Sunday, as per reports. He told specialists he blared his horn, and the truck descended the street. At around 7 a.m., the tracker said he heard a shot and afterward a blast around two minutes after the fact. He called 911 when he was leaving the camp and saw the burned remaining parts inside the truck, the sheriff told the Democrat.

Representatives said the examination is progressing.